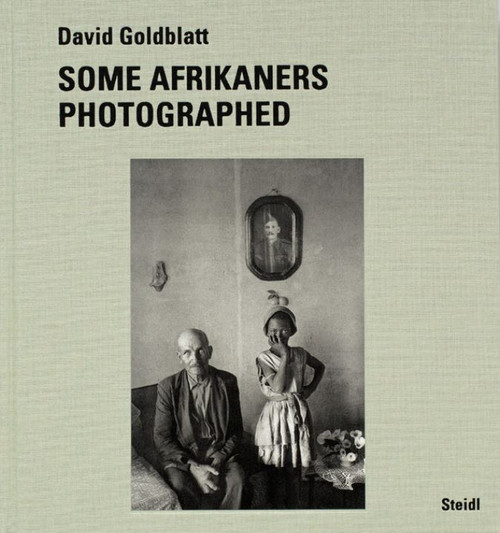 Goldblatt began working on Some Afrikaners Photographed, first published in 1975, in 1963. He had sold his father¬ís clothing store where he worked, and become a full-time photographer. The ruling Afrikaner National Party¬ómany of its leaders and members had supported the Nazis in the Second World War¬ówas firming its grip on the country in the face of black resistance. Yet Goldblatt was drawn not to theevents of the time but to ¬ìthe quiet and commonplace where nothing ¬ëhappened¬í and yet all was con-tained and immanent.¬î Through these photos he explored his ambivalence towards the Afrikaners he knew from his father¬ís store. Most, he guessed, were National Party voters, yet he experienced them as ¬ìaustere, upright, unaffected people of rare generosity of spirit and earthy humor.¬î Their potency and contradictions moved and disturbed him; their influence pervaded his life.

The book includes an essay by South African writer Antjie Krog: ¬ìThree kinds of Afrikaners look out at us from these photographs,¬î she writes, ¬ìof which the poor Afrikaner is the most haunting¬óthe simple one who, by the sweat of his brow, eats his bread in isolation.¬î Art critic Ivor Powell charts the outraged reaction of the Afrikaner media towards photos that showed rural Afrikaners at a time when the Afrikaner elite was trying to establish itself on the international stage, as well as his own reaction to the original book: ¬ìIt was all but incandescent with tension and revelation, with a sense of souls being held up to scrutiny, of skins being peeled away.¬î

David Lynch: Someone Is in My House