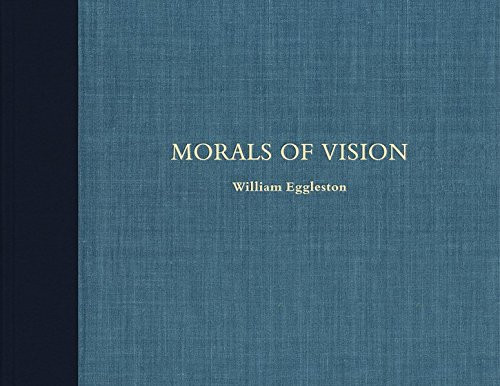 When William Eggleston¬ís second artist¬ís book Morals of Visions was first published in 1978 in a limited edition of fifteen, only a handful of lucky people were able to obtain it; it has since become a collectible rarity. That is now to change with this new Steidl edition, which re-imagines Morals of Visions as a trade book for the general public.

The original Morals of Vision contains eight color coupler prints of Eggleston¬ís archetypal still lifes, landscapes and portraits which glorify the banal and have since changed the history of color photography. ¬ìThere is no particular reason to search for meaning,¬î Eggleston has said of his work in general, a sentiment in contrast with the title Morals of Vision which suggests that there are indeed principles of a kind to be learnt from the images in this book. Yet the lessons in photos including those of a broom leaning again a wall, green grain silos in the fading light, and an off-center electric candle complete with fake wax, remain Eggleston¬ís own ironic secret.

'I don¬ít have a burning desire to go out and document anything. It just happens when it happens. It¬ís not a conscious effort, nor is it a struggle.' -William Eggleston