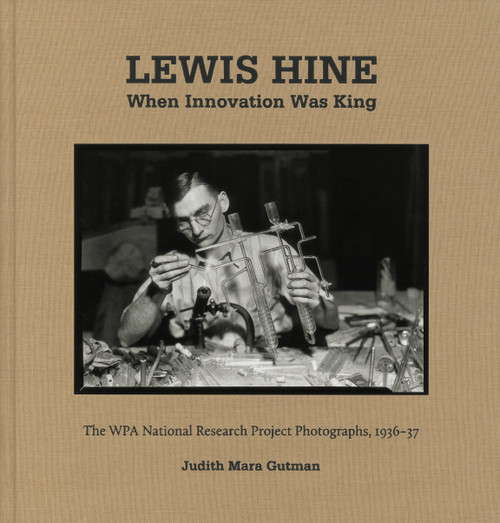 In 1936, science-teacher turned photographer Lewis Hine was commissioned by the National Research Project, a division of the Works Progress Administration, to produce a visual document of the industries that the US government hoped would provide the jobs that would lift the country out of the Great Depression. Hine, already well-established as a chronicler of social conditions of his day, produced more than 700 photographs for this project, the last major work of his career. By emphasizing the inherent tension between machinery and workers, Hine imbued these compelling images with his characteristic rigor and aesthetic appeal. These photographs, and their implied message, are particularly relevant today given high unemployment rates and radical shifts in the role of the worker in the rapidly changing world economy. Included in this book is an essay by the eminent photographic historian, Judith Mara Gutman, in which she discusses the project and the photographs in the context of the economic conditions of the time and the artistic and technological innovations of the era. This unwavering human commitment informed a style that became progressively more complex as the photographer¬ís experience ¬Ö enabled him to handle groupings, backgrounds, and lighting with greater naturalness and effect¬Ö Hine in his photographs illuminated not just conditions but the human spirit. Naomi Rosenblum, from A World History of Photography