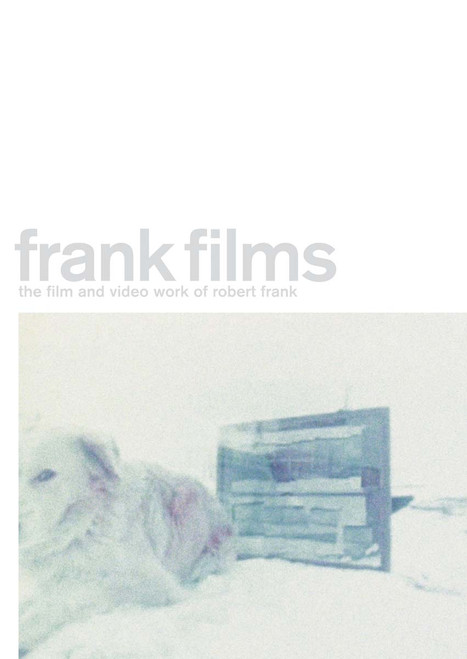 “I put my Leica in a cupboard. Enough of lying in wait, pursuing, sometimes catching the essence of the black and the white, the knowledge where God is. I make films. Now I speak to the people in my viewfinder.” Robert Frank Robert Frank turned to filmmaking at the end of the 1950s. Although he has made 27 films, the work is largely a well kept secret. Frank approaches each film project as a new experience, challenging the medium and its possibilities at every turn. He has amalgamated documentary, fiction, and autobiography, cutting across genres. This book offers a visually unique approach to Frank’s films: only new stills taken from videotapes have been used and they add up to a visual essay on Frank’s cinema that establishes an engaging dialogue with his photographic work. Each film is introduced with detailed analysis, discussing the history and the aesthetics of Frank’s film work. An interview with Allen Ginsberg provides an insider view. Together the texts and images offer an innovative and in-depth approach to the oeuvre of one of the greatest and most restless artists of the 20th century. Robert Frank was born in Zurich, Switzerland in 1924 and went to the United States in 1947. He is best known for his seminal book The Americans (1958), which gave rise to a distinct new art form in the photo-book, and his experimental film Pull My Daisy (1959) both reproduced by Steidl within The Robert Frank Project. Brigitta Burger-Utzer is a founding member of sixpackfilm distribution, and since 1992 its managing director. In 2004 she founded the DVD-label INDEX together with Medienwerkstatt Wien. Stefan Grissemann is the head of the cultural section of the weekly magazine “profil”. He has curated several cinema retrospectives in Europe and published books on modern Austrian film.

Accidental Conflict: America, China, and the Clash of False Narratives

Affinities: A Journey Through Images from The Public Domain Review