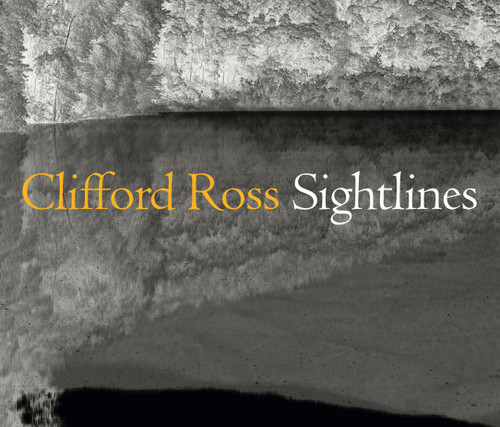 Clifford Ross’s photographic and video practices over the past thirty years reveals one of the most incisive and technically sophisticated investigations of the nature of vision in the medium’s history.

Sightlines showcases the range and depth of Clifford Ross’s art by presenting the inexhaustible variety of visual experience he has created with two primary subjects: mountain and sea. In our era of unprecedented environmental peril, his inventive exploration of the iconic subjects of the mountain and the sea convey powerful creative engagement with the landscapes that are both majestic and fragile.


About the Author
Jessica May is Managing Director of Art and Exhibitions at the Trustees, and Artistic Director of the DeCordova Sculpture Park and Museum, Massachusetts.

David M. Lubin is the Charlotte C. Weber Professor of Art at Wake Forest University. A former critic for Rolling Stone, he is the author of several books including Picturing a Nation, a moving and sophisticated investigation into the nature of vision, Art and Social Change in Nineteenth-Century America (Yale UP, 1996), and Shooting Kennedy: JFK and the Culture of Images (University of California Press, 2003).

Alexander Nemerov is the Carl and Marilyn Thoma Provostial Professor in the Arts and Humanities and the Chair of the Department of Art and Art History at Stanford University. In 2019, he received the Lawrence A. Fleischman Award for Scholarly Excellence in the Field of American Art History from the Smithsonian Institution's Archives of American Art. He is the author of several books, including Soulmaker: The Times of Lewis Hine and Summoning Pearl Harbor.