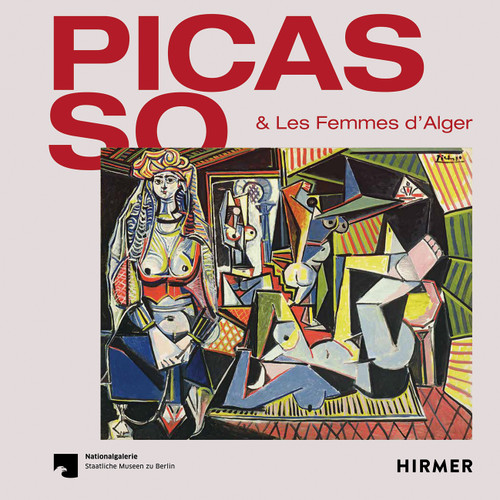 This volume collects the fifteen oil paintings in Picasso's "Les Femmes d'Alger" series, which are scattered in museums around the world.

Picasso’s study of the old masters forms an impressive focus of his late work. At the beginning of this new interest stood the works series Les Femmes d’Alger, which was on view in Paris, Munich, Cologne and Hamburg in 1955 and which today is scattered across several continents. The volume presents the series within the context of its reference works by Delacroix and Matisse.

Pablo Picasso was 73 years of age during that winter when he created the unique ensemble of fifteen oil paintings, over 100 drawings and lithographs during his study of Eugene Delacroix’ The Women of Algiers in their Apartment (1834, 1849) and works by Henri Matisse like Odalisque with Red Trousers (1924/25) within the space of just three months. In addition to the cycle, this lavishly illustrated volume will also present the reference works and their reception. Two Algerian writers introduce a modern aspect with their contributions to the catalogue.