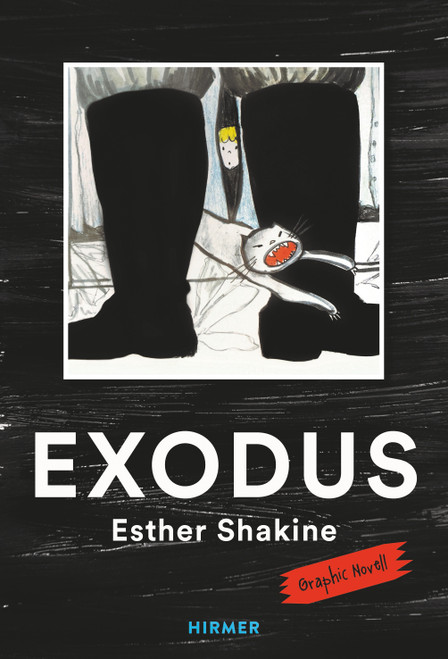 EXODUS tells the true story of a Jewish girl from Hungary. After her parents were abducted by the Nazis, she and other orphaned children were forced to shift for themselves amid thetotal destruction throughout the country. In 1947 she found a place on board the refugee ship Exodus, which was to carry her and over 4,000 Holocaust survivors to Palestine. What followed was a dramatic odyssey lasting for several weeks.

On her fifth birthday Ticka was given a cat, which she called Pitsy. When the Nazis came, they both hid in the wardrobe, where Ticka would have been discovered if Pitsy had not leapt out of the cupboard instead. Ticka was left alone in wartime without her parents. She pretended to be a deaf-mute child and travelled right across Europe by train to board the Exodusin France. The refugee ship was then forcibly prevented by British warships from travelling to Palestine. The refugees were taken back and interned in Germany. Only months later could the voyage begin again. Ticka finally reached Israel in May 1948. With expressive drawings, sensitive dialogue and diary-like texts the author Esther Shakine tells her own fate through the story of little Ticka. It is a moving graphicnovel, which presents the trauma of war, persecution and homelessness from a child¬ís point of view, but alsocivil courage, hope and humanity.