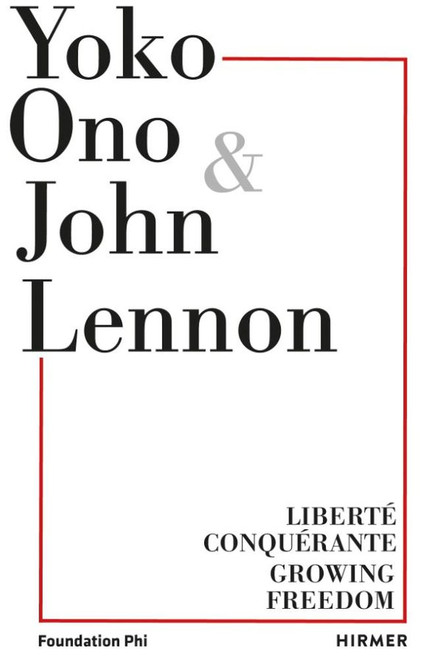 Yoko Ono is a leading experimental and avant-garde artist. In Tokyo during the 1950s, she introduced original questions about the concept of art and the art object, breaking down the traditional boundaries between branches of art. She has since been associated with conceptual art, performance, Fluxus, and 1960s happenings. Through her performances and activism, she created a new kind of relationship with both spectators and fellow artists - including her late husband, John Lennon - by inviting them to play an active part in the creative process.

Conceptually based in the spirit of the revolutionary pocketbook, this publication underscores the cornerstones of action, participation and imagination in the work of Yoko Ono. Presented in two parts, the first part will focus on her 'instruction' works and emphasize the role of the visitor in their completion. The second part will present the arc of collaborative projects for peace undertaken by Yoko Ono and John Lennon, among these, the Acorn Peace project, the War is Over peace campaign, and their Bed In projects that will have taken place fifty years ago as of March 2019. Ulti mately, this publication wishes to impart Yoko Ono's massive impact on contemporary art practices, art reception, and activism through art. The urgency and spirit of her work remain a key reference for the indivisibility of art and life, as well as the importance of non-violent action to inspire political and social change.

Liberty in the Things of God: The Christian Origins of Religious Freedom