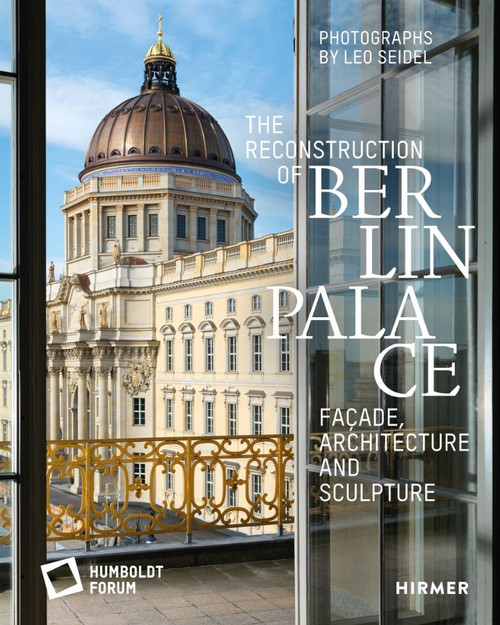 The reconstructed Berliner Schloss in the heart of the German capital is both a monument of Baroque architecture and a vital new cultural building in the city. The art history, architecture and sculpture of the palace’s masterful façades by Andreas Schlüter are brought to life here in words and pictures.

The Berliner Schloss marks the reinstatement of the point of reference for the urban plan of the historical centre of the capital: through the Baroque masterpiece by Andreas Schlüter the boulevard Unter den Linden and the historic buildings of the Lustgarten acquire once more a meaningful interconnection. Most of the authors are involved in this major project. They explain with the help of the impressive photographs by Leo Seidel the fascinating construction process, the imagery of the Baroque sandstone façade, the technology and the craftsmanship behind its reconstruction as well as the architectural concept of the building.

Building Berlin, Vol. 9: The latest architecture in and out of the capital

Building Berlin, Vol. 8: The latest architecture in and out of the capital

Reconstructions: Architecture and Blackness in America

The Denim Manual: A Complete Visual Guide for the Denim Industry

After Us The Deluge: The Human Consequences of Rising Sea Levels

True Fictions: Visionary Photography from the 70s to the Present

Doodle Menagerie: Unique Horns and Unicorns: Draw, doodle, and color your way through the extraordinary world of unicorns, uni-ducks, uni-pigs, and other cute critter mash-ups