Benedikt Partenheimer: The Weather is Fine 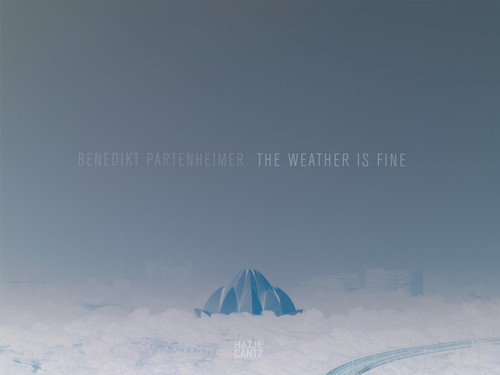 Benedikt Partenheimer: The Weather is Fine

Not only do we live in a period of rapid, exciting change, but we are also in the midst of the Anthropocene age. The environment and climate are changing in the wake of human-driven turbo-capitalism. Benedikt Partenheimer’s works make it possible to imagine—sensorily as well as contextually—the close connection and increasing imbalance between humans and the earth. Photographs of fascinating, impressive elegance reveal processes of ecological and cultural transformation. What makes these pictures so irresistible is the human influence factor: the painterly mist of air pollution floating above urban panoramas, the ambivalence of mountain reflections in melted glacier water. The price of beauty is inscribed into each image. It makes Partenheimer’s work aesthetically intriguing—but above all, existentially important and politically controversial.


About the Author
BENEDIKT PARTENHEIMER (*1977) studied photography at the RMIT University, Melbourne, and Parsons School of Design, New York. His work, which has been shown around the world and showered with awards, deals critically with socioeconomic issues and the processes of ecological transformation. He lives in Berlin.

Savoir Vivre by Ladurée: The Art of Fine Living

Funny Weather: Art in an Emergency

Wild Weather: The Myths, Science and Wonder of Weather

The Brainiac's Book of the Climate and Weather