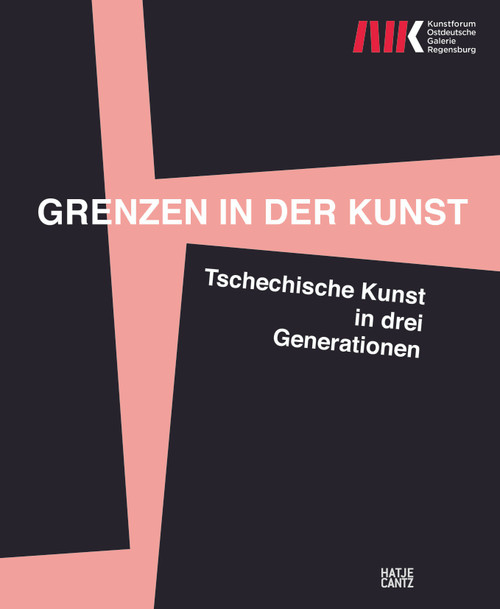 Grenzen in der Kunst – Tschechische Kunst in drei Generationen (Borders in Art – Czech Art in Three Generations) explores the art of three Czech artists* whose works were created around the World War II era and before and after the fall of the Iron Curtain in 1989. The section titled "Around 1945" deals with Toyen's poetic paintings and drawings, which oscillate between surrealism and abstraction. The monumental works of the sculptor and installation artist Magdalena Jetelová, who emigrated from Czechoslovakia in 1985, still revolve around the theme of borders. And finally, Krištof Kintera represents the generation currently expressing its views on today’s political situation in the Czech Republic, while remaining closely linked to the cultural tradition of its country. In his installations he subtly and elegantly takes up the themes of resistance and home. This book project was developed in the context of the interdisciplinary research group Borders in National and Transnational Cultures of Memory between the Czech Republic and Bavaria, and is supported by the Universities of Regensburg and Passau, Charles University Prague, UJEP Usti n. L. (Jan Evangelista Purkyne University in Usti nad Labem) and the Adalbert Stifter Association.