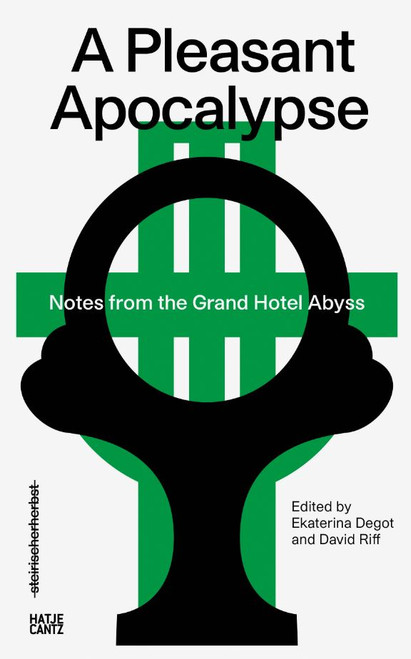 A grand hotel on the edge of the abyss? The phrase that provided the title and the agenda for steirischer herbst ¬í19¬óGrand Hotel Abyss came from the pen of the philosopher Georg Luk√°cs. In the early 1930's he used this striking metaphor to describe the attitude of the European intellectual and cultural scene who continued to party in an uninhibited, hedonistic manner, despite the looming rise of fascism. Doomsday scenarios viewed from a snug sofa, along with the culinary and cultural comfort zones known as ¬ìGenusshauptst√§dte¬î (pleasure capitals), demonstrate that the apocalypse can be shaped in a thoroughly pleasant and exciting manner today. This reader, accompanying the 52nd edition of the steirischer herbst, tracks these observations and explores the actual relevance of this historical context, as well as the significance of critical artistic attitudes, in essays, artists¬í texts, and numerous illustrations.

Every year for a month, steirischer herbst, the oldest interdisciplinary festival of contemporary art in Europe, turns the city of Graz and the province of Styria in Austria into a parcours of installative and performative works. Since 1968, the festival has offered a platform for public debates, critical positions, and dialogues between the arts.

Mountain Escapes: The Finest Hotels and Retreats from the Alps to the Andes