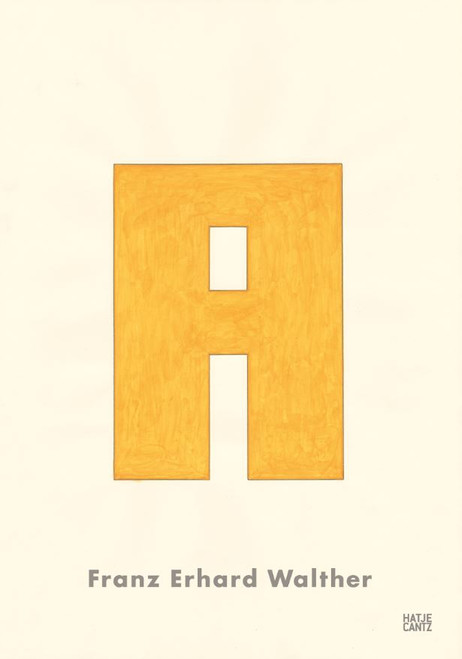 In 1958 at the Werkkunstschule in Offenbach, Franz Erhard Walther devised a typographical font without any diagonals. In this artist¬ís book he uses so-called Work Sets to form a letter on each page, facing a scene from his life between 1954 to 1973 on the opposite page¬óan encounter with Reiner Ruthenbeck and J√∂rg Immendorff, for example, or his first show at the Museum of Modern Art in New York. Paging through, four se-quential Work Sets make an appearance, including ¬ìThe Body Draws¬î and ¬ìSculptural Memory¬î: on the left side, a hand-drawn letter in a mutable yellow, and on the right a drawing of a recollection originating in his photographic memory. This book, conceived and designed by the artist himself, is itself a work of art.