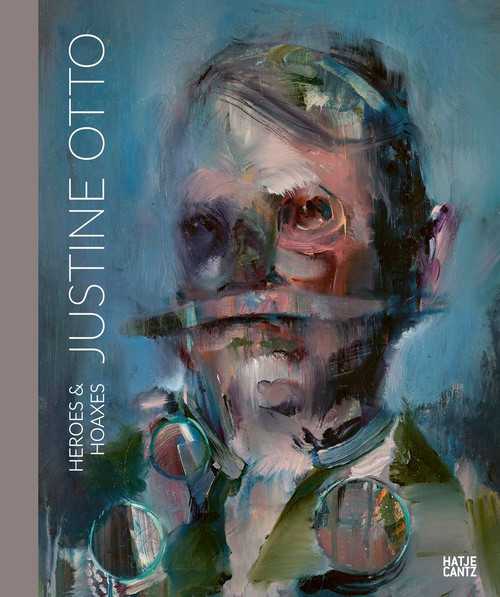 In her recently made works, Justine Otto (*1974 in Zabrze, Poland) relates fi guration and abstraction to one another. Her heroic paintings work away at the history of painting just as they do at humanity's myths of masculinity. The broken fi gures stand their ground, but their uniforms, saddle horses, and other symbols of status are permeable or dysfunctional.

The small canvases by Justine Otto that we have the privilege of off ering as part of the Edition Gerd Hatje are semi-grotesque, semi-facetious, constructed portraits of fi ctitious cowboys. Her choice of the old-fashioned, German names Hans-Werner, Hans-Herbert, and Hans-Otto alludes to the great contradiction between the myth of the American hero and the breakdown of masculine identity. This occurs in the interplay between the layers of paint and the process of obliteration typical of Otto's work, in which faces are composed with a collage-like vocabulary made up of recognizable paint fl ecks, spills, dabs, drops, and twisting, curving brushstrokes.

The Art of Contemporary China (World of Art)