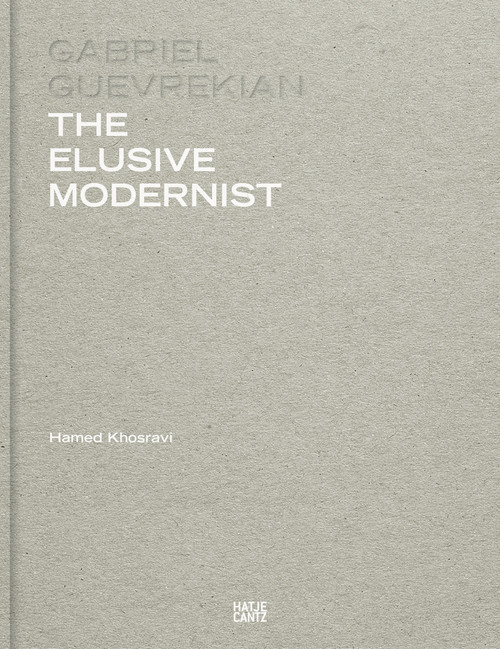 The Elusive Modernist revisits the history of the Modern movement through the legacy of one of its protagonists, Gabriel Guevrekian (c. 1900—1970). Born in Istanbul, Guevrekian grew up in Tehran and then moved to Vienna to study architecture at the Kunstgewerbeschule; he later worked with Oskar Strnad, Josef Hoffmann, Adolf Loos, Henri Sauvage, and Robert Mallet-Stevens and among his famous designs are the Cubist garden for Villa Noailles in France and two houses for the Vienna Werkbund exhibition. Not yet 30, Guevrekian was recognized as one of the protagonists of the European Avant-garde in Paris. During the 1930s, he spent a few years in Iran to design public buildings and later, after the Second World War, he took teaching responsibilities in Europe and America. All his various pursuits, and the homes and nationalities he held in Asia, Europe and then America, led to a serial adoption of personae. He made every discipline meaningful, every city central, every period epochal simply by his own very tangible engagement with it.