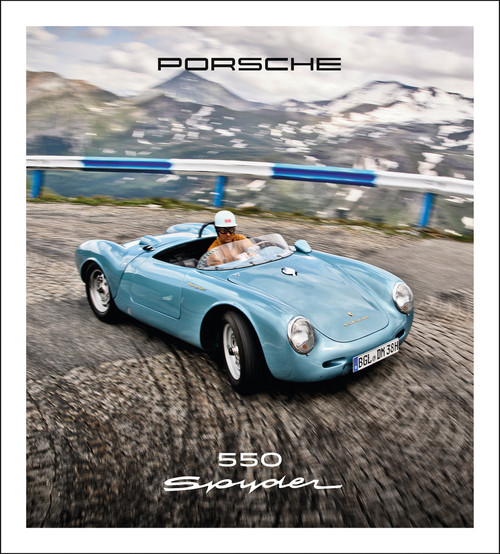 The 550 Spyder is one of the most exclusive Porsche models of all times and is considered a legendary part of German automobile history. In 1953 Porsche began to build cars especially designed for motorsports, starting with the 1500 RS Spyder, as it was officially called at the time. The sporting successes of the Porsche 550 Spyder are known to all: In 1956 Umberto Maglioli achieved the first motorsports overall-victory for Porsche at the Targa Florio. Numerous victories and podium finishes followed. Until 1957 only around 100 Spyders were built, which makes the car one of the most expensive Porsches today. In 1955 James Dean became a tragic part of the Spyder story when he was killed in an accident while driving a 550 Spyder. In this beautiful, slipcased, book, Stefan Bogner captures the classic and pure form of the Spyder and presents some of the rare original models. A separate factbook contains well - and lesser - known information on this groundbreaking sports car. Text in English and German

The Pattern Base: Over 550 Contemporary Textile and Surface Designs

Peggy Porschen: A Year in Cake: Seasonal Recipes and Dreamy Style Secrets From the Prettiest Bakery in the World

Merchants: The Community That Shaped England's Trade and Empire, 1550-1650