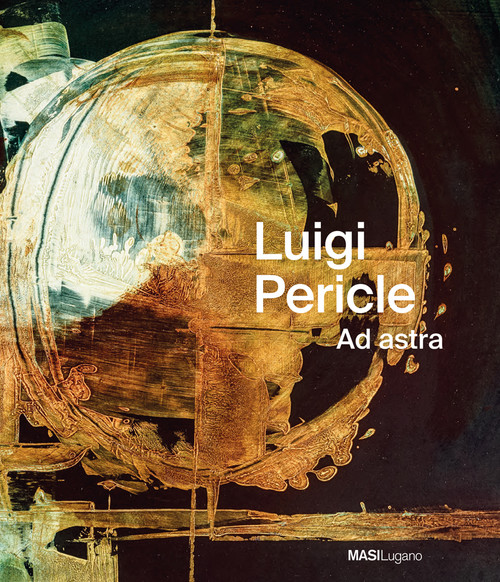 Luigi Pericle (1916-2001) was a rare talent-a self-taught illustrator and painter, a man of letters, mystic, theosophist, and intellectual whose work and legacy eludes any categorization. Under his proper name Pericle Luigi Giovanetti he had great success as an illustrator and cartoonist in the 1950s. His cartoons were published worldwide in daily newspapers, such as the Washington Post or Herald Tribune, as well as in satirical magazines like Punch. His comic strip Max the Marmot, published in newspapers and books, was hugely popular across Europe, the United States, and Japan. In 1958, he turned to explore abstract expression through painting and ink drawing. He quickly gained international recognition as an artist and his paintings were exhibited in gallery and museum shows in Britain and Switzerland during the 1960s. Yet recognition was not what he was looking for, and he disappeared voluntarily from the art world to lead an increasingly secluded life dedicated entirely to his art and writing. His home Casa San Tomaso on the legendary Monte Verita in Ascona, in southern Switzerland, offered ideal surroundings for an artist so strongly drawn to spirituality. Luigi Pericle. Ad Astra , published to coincide with a major exhibition at the MASI Museo d'arte della Svizzera italiana in Lugano, offers a fresh look at how the spiritual environment and tradition of Monte Verita influenced Pericle as an artist and how Asian calligraphy and Zen Buddhism were influential to his drawing practice. Moreover, the book investigates Pericle's understanding of abstraction in art and his own syncretism of modern mysticism.