Ideas of Ambiente: History and Bourgeois Ethics in the Construction of Modern Milan, 1881-1969 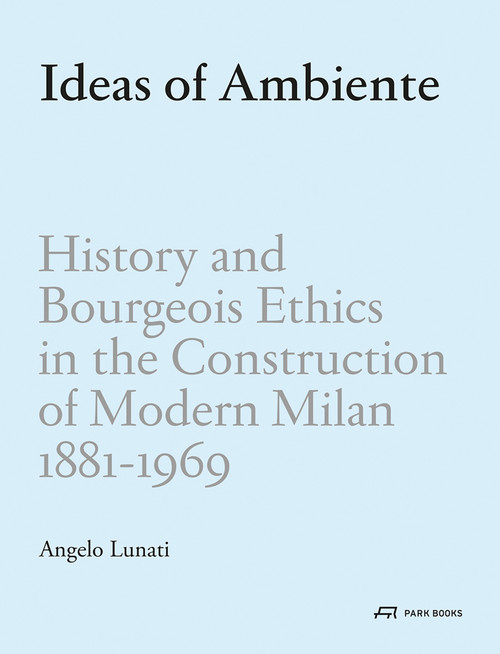 Ideas of Ambiente: History and Bourgeois Ethics in the Construction of Modern Milan, 1881-1969

During the second half of the 19th and much of the 20th centuries, Milan underwent a constant modernisation to become a true metropolis and Italy's economic centre of gravity. In particular between the 1880s and 1960s, the city's upper classes were the main drivers of this development. Their common interests rooted in keen entrepreneurship, a sense of history and of their own origins, and a high appreciation of culture and of ethical values combined with profound suspiciousness of ideologies. Angelo Raffaele Lunati investigates in his new book the relationship between this particular Milanese type of urban social class and culture and the architecture it forged. It is an homage to a metropolitan bourgeoisie standing out by its sense of responsibility and common welfare. Lunati follows the evolution of the idea of an 'ambiente', a very comprehensive concept of urban environment, from 19th-century's initial romanticism to the early 20th century's bold modernism and the elegant yet politically charged aesthetic of the post-WW II period.

A New History of Modern Architecture

Utopia: The History of an Idea