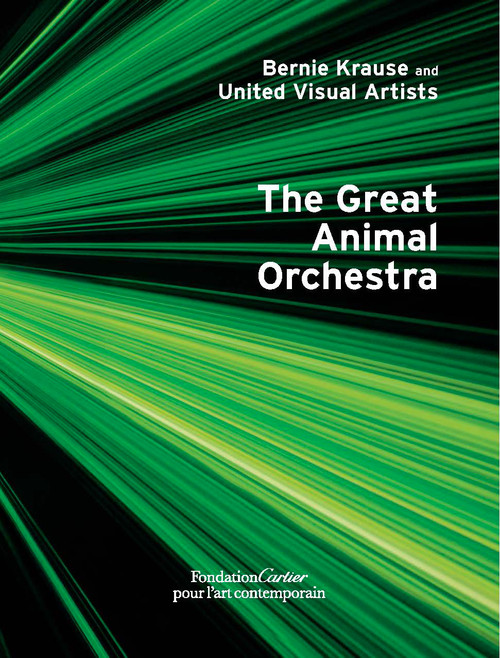 The story of The Great Animal Orchestra, a work created in 2016 for the exhibition spaces of the Fondation Cartier pour l¬íart contemporain in Paris

American bioacoustician and musician Bernie Krause has recorded more than 5,000 hours of natural habitats, including at least 15,000 terrestrial and marine species from all around the world since the 1970s. Poetic and scientific at the same time, this sound archive reveals the musical harmony and orchestral organization of animal vocalizations.

This book presents The Great Animal Orchestra, a work created in 2016 by Bernie Krause and United Visual Artists for the exhibition spaces of the Fondation Cartier pour l¬íart contemporain in Paris. It tells the story of the elaboration of this unprecedented immersive installation, from the recordings of the sounds of nature realized by Bernie Krause to their visual translation into a three-dimensional video installation by United Visual Artists. Combining aesthetics and technology, The Great Animal Orchestra simultaneously offers a sound and visual meditation on the necessity of preserving the beauty of the natural world.

The Story Orchestra: Carnival of the Animals: Press the note to hear Saint-Saens' music