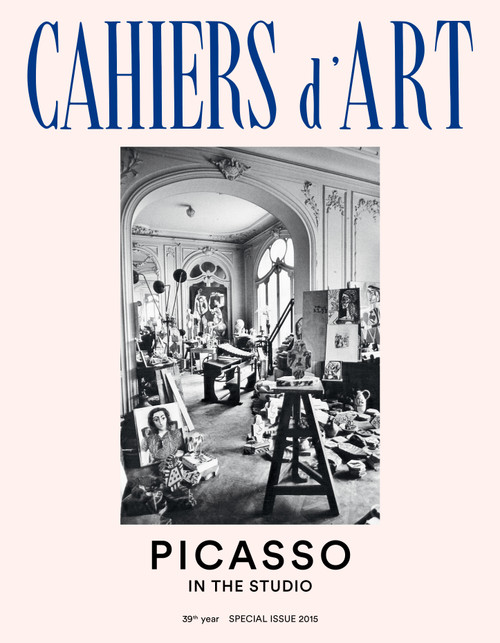 This special issue of the revue reveals rare and previously unpublished photographs illustrating Picasso in his studio and his work in progress. Through this rich and detailed exploration of the artist¬ís practice, the issue highlights both the creative process and artist¬ís gesture. It comprises seven chapters, each devoted to a particular technique examined through rare photographs alongside texts by noted historians such as Brigitte L√©al, Ann Hindry, Marilyn McCully, Elizabeth Cowling and V√©rane Tasseau and C√©cile Godefroy, who also serve as guest editors for the issue. The rare and unpublished photographs are by leading 20th-century photographers including Yves Manciet, Edward Quinn, David Douglas Duncan, Lee Miller, Lucien Clergue and Nick de Morgoli, as well as images from the Archives of Olga Ruiz-Picasso. Each chapter is followed by an interview with such contemporary artists as Miquel Barcel√≥, George Condo, Sheila Hicks, William Kentridge, Jeff Koons, Robert Longo and Tatiana Trouv√©, all of whom have been invited to comment on their work as well as on their relationship to Picasso. The interviews are accompanied by beautiful colour illustrations highlighting a selection of works by these contemporary artists. The revue also highlights Picasso¬ís relationship with former Cahiers d¬íArt publisher Christian Zervos through the reproduction of key articles on Picasso published during the artist¬ís lifetime.