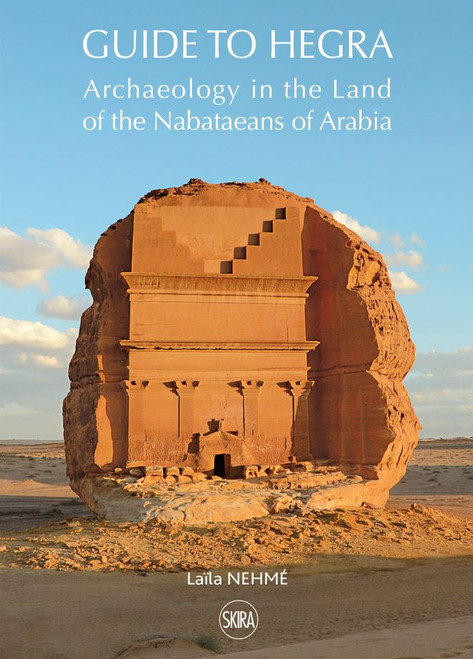 The ancient Hegra of the Nabataeans, modern Madâ in Sâlih, is inscribed since 2008 on the UNESCO World Heritage List.

This natural and sumptuous Saudi archaeological site has tombs along the sandstone massifs scattered in a vast alluvial plain in the middle of the desert. The Nabateans settled there in the middle of the first century. They built a vast city surrounded by a rampart beyond which lie the necropolis where the Nabateans buried their dead and the area reserved to their religious brotherhoods. In the oasis, they cultivated cereals, all kinds of fruit trees, and even cotton. This guide, the first of its kind, offers a detailed tour of the site and its superb monuments, as well as summary chapters on the history of the Nabataeans, accompanied by focus maps, a bibliography, and a glossary.


About the Author
Laïla Nehmé is an archaeologist and epigraphist, a specialist in Near Eastern archaeology, and a member of the Orient & Méditerranée research team at the CNRS (Paris). Since 2002, she has been co-directing the archaeological mission at Mada in Salih, which conceals the remains of the Nabataean city of Hegra and its famous tombs. She recently co-curated the exhibition AlUla, Wonder of Arabia at the Institut du Monde Arabe, Paris.

A Little History of Archaeology

Art & Archaeology of the Greek World