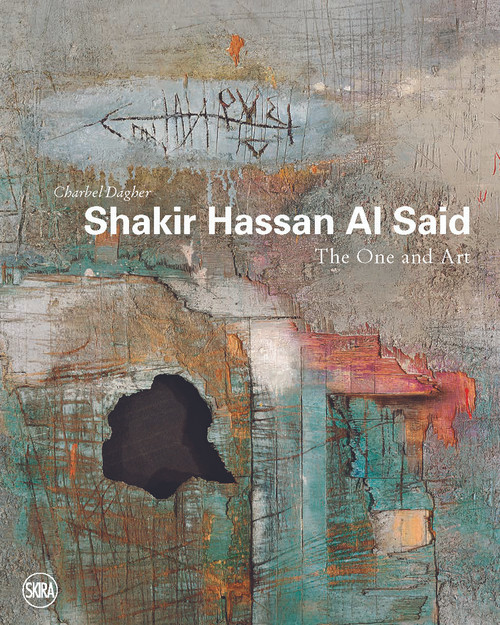 In this monograph on Shakir Hassan Al Said's work, Charbel Dagher shines the light on Al Said and celebrates him for what he is: the most influential and innovative Iraqi artist of the 20th century. An artist, art critic, art historian, and art theorizer he played a crucial role in the formation of numerous art groups, including the Baghdad Group for Modern Art cofounded with Jewad Salim in 1951, focused on the issue of post-colonial artistic identity.

In his search for a type of modernity intrinsic to Iraqi art, Al Said dived into Sufism and Mesopotamia's history, a great source of inspiration that lead him to try and capture the spiritual within artistic expression.

Al Said founded the group "One Dimension" in 1971, focusing his theories and research on the exploration of the aesthetic and symbolic force of the Arabic script. His work evolved from figurative to abstract, centering in on letters and words.

Shakir Hassan Al Said has become a major figure of Arabic modern art, playing an essential part in the rewriting of its history.