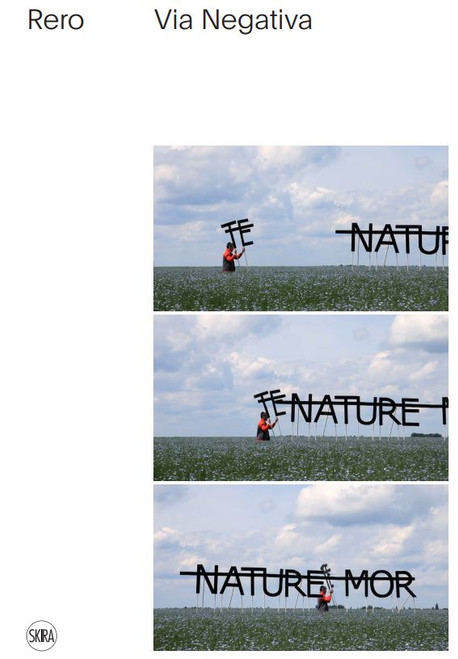 French artist Rero, born in 1983, has built his work around the negation of the image, omnipresent in our contemporary society: he creates larger than life messages, which he then bars with a thick black line. These installations have taken over cities and abandoned spaces since 2008. He is inspired by Jean-Michel Basquiat who explained: “I cross out words so you will see them more; the fact that they are obscured makes you want to read them."

Rero questions the codes of intellectual property, image or computer language. His use of the Verdana font, which is the most widely used on the internet, is proof of his critical view of the web. Rero never ceases to question the context of art. His work became international in 2012, with major interventions in the wild, especially in the United States. Rero’s crossed out words and expressions quickly punctuate prestigious institutions.

Rero’s work is not simply a literary installation in the urban space, nor a purely intellectual exercise of rhetorical reflection on collective morality. It is the public utilization of a process typical to conceptual art: the juxtaposition of images and words capable of producing a collective interpretation, aimed at an astute audience that finds not advertising campaigns on the walls of buildings and factories, but rather invitations for mental training.

Full of audacity, his oversized installations have taken root on the dunes of the Moroccan desert to the borders of the Amazon rainforest.