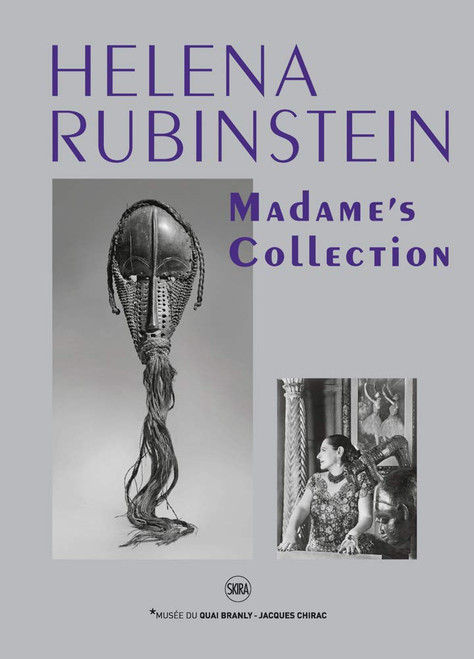 Assembled over the course of her life, ¬ìMadame¬ís¬î collection, half real, half mythical, mirrored her own self-construction.

Helena Rubinstein was the founder of the highly successful, international cosmetics empire which bore her name. ¬ìMadame¬î ¬ó as she liked to be called ¬ó acquired a vast quantity of works, furniture, and artifacts of every type, in the process becoming a legendary patron and arbiter of taste. The most remarkable and innovative components of this astonishing collection, dispersed after her death at a historic series of auctions in 1966, were its African holdings, with the remainder being made up of Oceanic, Indonesian, and pre-Hispanic art.

It is the history of this collection, its content, and above all its spirit, that Helena Rubinstein: Madame¬ís Collection reconstructs. The aim, as well as the approach, of the exhibition is entirely novel. Paradoxically, until now, the story of Helena Rubinstein¬ís collection of non-Western art has had to be read between the lines: clues can be gleaned from a handful of texts, but the main sources are the countless features the international press devoted to the interiors that Madame occupied.

In a long-term investigation, H√©l√®ne Joubert, head of the African heritage unit, hunted down, identified, and scientifically documented half of the nearly four hundred pieces in the collection. Sixty-five of them are reproduced in this catalogue, including the famous ¬ìBangwa Queen¬î, photographed by Man Ray and shown in 1935 at the Museum of Modern Art in New York at the legendary African Negro Art exhibition. These works conjure up an evocative portrait of Helena Rubinstein, creating an authentic and intimate image of a personality whose global fame simultaneouslyfunctioned as a mask, mirror, and doppelganger.