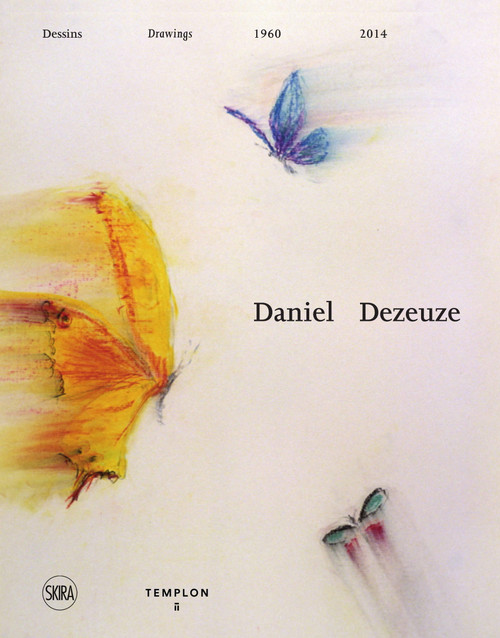 Daniel Dezeuze, born in 1942, is a French artist and a founding member of the French group called Supports-Surfaces. This group (made up notably of Claude Viallat, Louis Cane, Andr√©-Pierre Arnal, Vincent Bioul√®s, Jean-Pierre Pincemin and Bernard Pag√®s) formed in 1966 with the common objective of deconstructing painting in order to re-examine its history and question its nature. Colour was a fundamental question in many of their works, as was the use of non-traditional materials.

Dezeuze¬ís work over the years has been extremely varied in materials and in tone, from the austere rigour of his flexible wooden ladders of the 1970s, to the ethereal lightness of his gauze pieces going on to the colourful Peintures qui perlent.

There are two main directions in his work, as in his drawing: the first, his deconstruction of painting and its components and the second, his creation of series of objects, which evoke humanity¬ís perennial activities. With, in his drawings, the addition of his sensitive evocations of nature in his series La Vie Amoureuse des Plantes, or his colourful Butterflies.