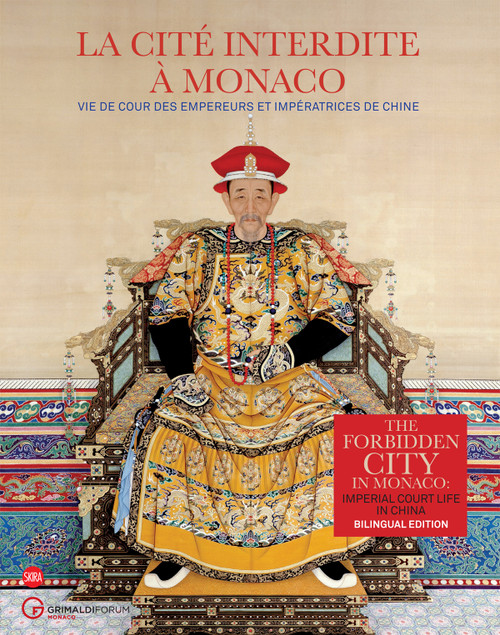 Published for the exhibition in Monaco, this book will bring together some 200 remarkable exhibits, from the former palace of the emperors and loans from major European and American collections: the Mus√©e Cernuschi and the Mus√©e du Louvre in Paris, the Victoria & Albert Museum in London, the Royal Museums of Art and History in Brussels, and the Arthur M. Sackler Gallery in Washington. The Forbidden City is one of the most impressive palace complexes, and the world¬ís most popular tourist venue; now both a palace and a museum, it served as the hub around which the new capital, Beijing, was organised. Built between 1406 and 1420, it became the cradle of power for the Manchu dynasty for almost three centuries. The book will highlight different aspects of Qing life (1644-1911), last imperial dynasty, and will endeavor to discover the personality of the Chinese emperors through selected works and writings. The personalities of the Qing emperors are a crucial element of the book, most notably in the cases of Kangxi (1662¬ñ1722), Yongzheng (1723¬ñ1735) and Qianlong (1736¬ñ1795), who considered themselves exemplars of Chinese culture. As the ¬ìSon of Heaven¬î, the emperor was an all-powerful being and the nation¬ís military, religious and cultural leader. Readers will discover items linked to these different functions, among them portraits, ceremonial costumes, furniture, precious objets d¬íart and scientific instruments, some of which are ranked as ¬ìnational treasures¬î.