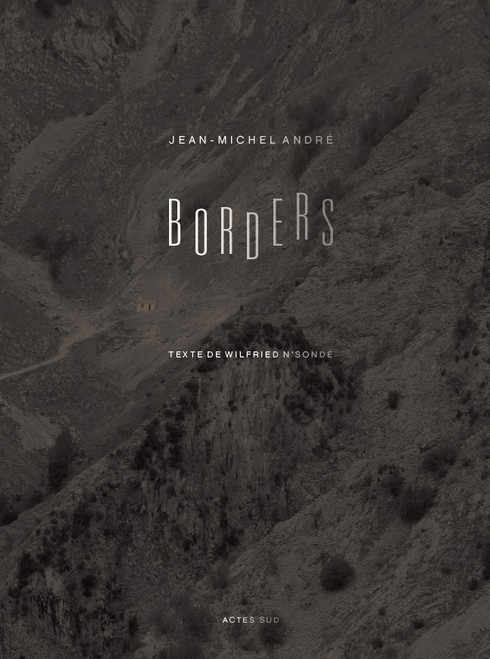 In Borders, Jean-Michel André questions the notion of border, a question which takes the form of a wandering, whose starting point is in the Jungle of Calais on the eve of the evacuation of the slum in 2016. André pursued the project over three years in France, Italy, Spain and Tunisia - anywhere there were refugees in search of shelter, anywhere there were men, women and children brought together by the same hope of crossing one final stretch of water. With these images of the Jungle, he mixes various fragments of landscapes to form a visual palimpsest. These silent places never cease to signify partition, rupture and desolation and exhale the vertigo of emptiness. Desires from elsewhere become dust and smoke in these spaces where the human figure, photographed isolated and from behind, is located on a threshold, between reality and imagination, memory and present.

With accompanying texts by writer Wilfried N’Sondé, whose novels follow similar themes, together André and N’Sondé combine their disciplines the creation being Borders which is neither a linear series nor narrative – rather a collection of works.


About the Author
Jean-Michel André has pursued photography at the crossroads between documentary forms and visual art for over ten years. His approach is based on a political and poetical vision of the territory. Wilfried N’Sondé’s work is published by Actes Sud. His last novel, Un océan, deux mers, trois continents (2018) was awarded numerous prizes including the France Bleu/Page des libraires Prize, the BFMTV/Express magazine readers’ prize, the Mans book fair prize, the Paris Region high school prize, the UIAD du Dauphiné literary prize, the Cherbourg book prize, the Algue d’or prize and the La Bastide prize.

The Essential Tales and Poems of Edgar Allan Poe

The Call of the Wild and White Fang