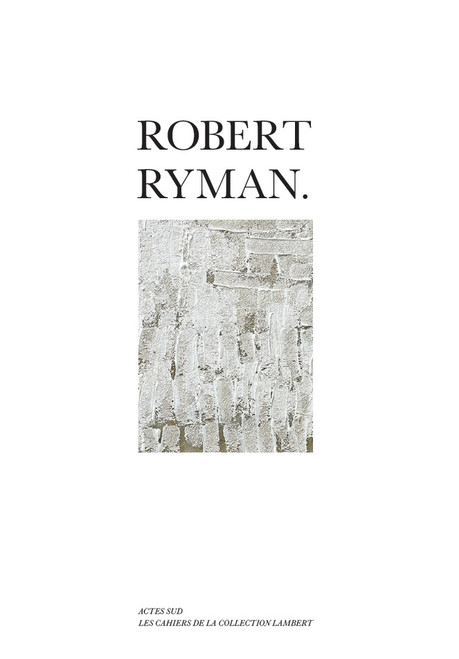 The second volume of the Lambert Collection Icons series collects some of the finest works by one of America¬ís foremost abstract painters, and narrates the creation of his paintings from compositional elements to their ¬ìactivation¬î in exhibition spaces.

Robert Ryman (1930-2019) was a giant of minimalist painting. He settled in New York in 1952, initially aspiring to a career as a jazz musician. Alone he discovered art, visiting the city¬ís myriad museums and galleries, and taught himself to paint. In a career spanning 60 years, Ryman relentlessly pared down the essentials of painting and its emotional possibilities.

Stroke by stroke, line by line, work by work, Robert Ryman tells the story of the creation of his paintings in its totality from the elements within them to their activation in exhibition spaces or in works - ¬ìIt was never an intention of mine to make white paintings,¬î he told Art News magazine in 1986. ¬ìThe white is just a means of exposing other elements. White enables other things to become visible.¬î - Robert Ryman