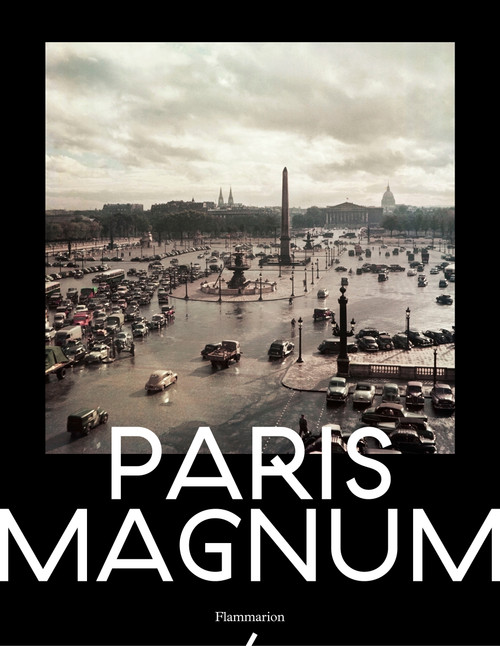 By documenting the everyday workings of the city, Magnum¬ís photographers capture the essence of Parisian life. Their photographs show the city as it lives and breathes¬ófrom fashion shows to underground jazz clubs, from the bustling metro to outdoor caf√©s, and from the Art Deco Fouquet¬ís hotel to the working class Goutte d¬íOr neighborhood. Even celebrities appear as ordinary citizens encountered in their own milieu¬ófrom former President Fran√ßois Mitterrand to novelist Marguerite Duras, singer Edith Piaf to actress Catherine Deneuve, fashion designer Christian Dior to artist Giacometti. The city¬ís rich history and traditions are inherent in images depicting the bravery of an unknown female resistance fighter, the exuberant joy upon the Liberation of Paris, the eroticism of burlesque dancers, or the excitement of the final lap of the Tour de France. Crusty baguettes, buttery escargot, glasses of wine, and abundant butcher cases attest to the gastronomic pleasures of the city, and all of the monuments¬óthe Eiffel Tower, Arc de Triomphe, Notre Dame¬óappear like cast members at curtain call. This book celebrates the myriad aspects of Paris in a volume as captivating for the lifelong Parisian as it is for the armchair traveler.