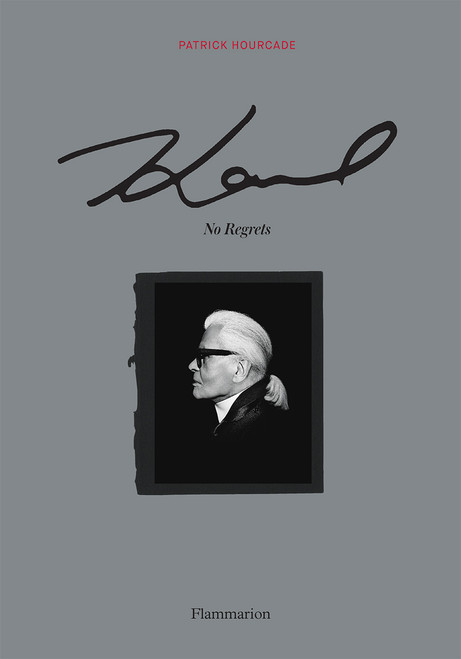 The artist Patrick Hourcade met Karl Lagerfeld in 1976, sparking a friendship that would last more than twenty years, strengthened by their shared passion for eighteenth-century art. Following his education in art history, Patrick Hourcade joined the creative team at Vogue Paris and, in parallel, he introduced Karl to the art of the Enlightenment, of which Hourcade is a fervent expert. From then on, he assisted the fashion designer with each of his lavish acquisitions—mansions, furniture, and works of art. The two built a magnificent universe together, refined and at times luxuriously extravagant, notably at the château de Grand-Champ in Brittany, l’hôtel Pozzo di Borgo in Paris, or at La Vigie, a villa on the French Riviera. Patrick Hourcade recounts the story of their aesthetic complicity, through previously unpublished documents and a unique biography in which he reveals Karl Lagerfeld in all of his splendor as well as his weaknesses. This intimate story introduces the colorful cast of characters who were important to the designer, including Anna Piaggi, Francine Crescent, Laure de Beauvau, Liliane de Rothschild, Pierre Bergé, Yves Saint Laurent, Gilles Defour, Vincent Darré, Guy Bourdin, Andrée Putnam, and, most importantly, the two great loves of Karl’s life: his mother Elisabeth and Jacques de Bascher.


About the Author
Art historian Patrick Hourcade was previously the artistic director of Vogue Paris before devoting himself to photography. His most recent exhibition, Nuits Versailles was held at Gallery Gradiva in Paris in 2021. A multidisciplinary artist, he creates installations (The Ephemeral Ribbons at the Château de Vaux-le-Vicomte, 2016), scenography (Festivities and Entertainment at Court, Versailles, 2016), and publishes books (Ad Vitam Aeternam, Éditions de Maule, 2017).

Karl Lagerfeld: A Life in Fashion