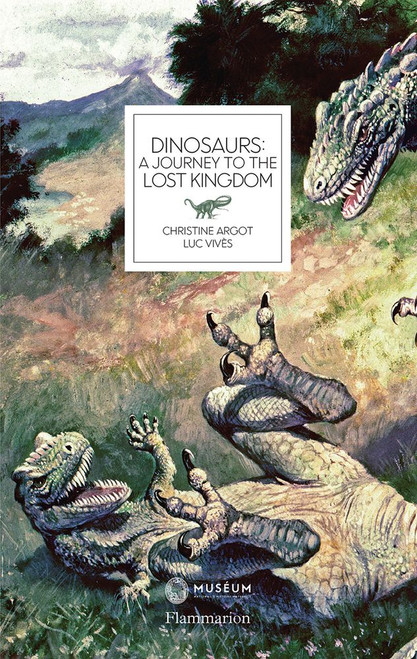 Blending history and fantasy, science and art, the story of how dinosaurs were discovered and reimagined comes to life through splendid illustrations in this hand - some slipcased volume.

Stegosaurus, triceratops, brontosaurus, diplodocus, allosaurus, iguanodon, tyrannosaurus rex ... these exotic prehistoric creatures continue to fascinate more than 200 million years after they last roamed the earth. Indisputably the stuff of fantasy and legend, dinosaurs are also imposing and decidedly real remnants of a bygone antediluvian period. Their skeletons have been reconstituted, reconstructed, and interpreted by scientists and artists since the first fossils were uncovered near Canyon City, Colorado in 1877, sparking the Bone Wars. In 1907, the Carnegie Museum of Natural History mounted "Dippy" the diplodocus, which sparked dinomania , igniting the imagination of popular culture and Hollywood. From the Morrison Formation to Montana's Hell Creek, and from Mongolia's Gobi desert to Argentina's Patagonia, new discoveries and excavations have uncovered a lost kingdom that has inspired myriad homages.

Journey Through Wine: An Atlas