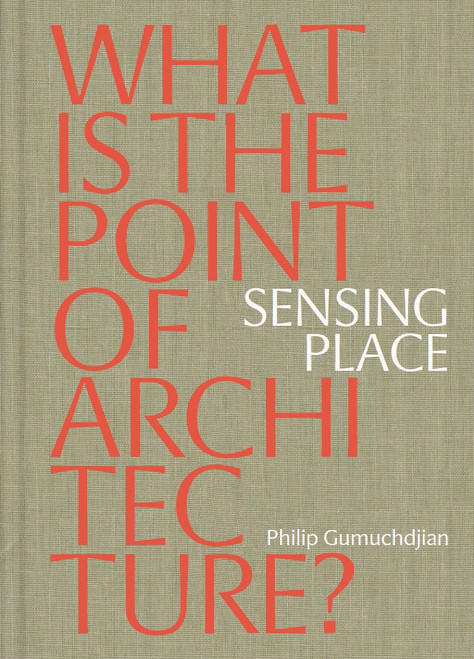 A reflection on 20 years of Gumuchdjian Architects in practice

Sensing Place is a reflection on 20 years of Gumuchdjian Architects in practice. The principal architect, Philip Gumuchdjian sets out the thinking behind his projects with a view to re-stating the relevance of architecture in an increasingly virtual, image driven world. The book is thus a manual designed to guide the general public through the many concurrent and competing ideas that underpin a typical body of architectural work. These include the importance of keeping the culture of the past closely with us; the imperative of instilling buildings with the capacity to connect people to places; and how shared space is the real engine of community.

Gumuchdjian exposes the observations and emotional responses that fuel his design intuition and pairs this with a fundamental belief in the necessity to respect our shared human past. Like a writer or a painter he is seen to observe the world and brings those observations to bear on his projects. In asking ‘what is the point of architecture?’ and airing the span of sensitivities, hopes and ambitions that form the foundation of his architectural projects, Gumuchdjian aims to reveal the little understood motivations behind every architect’s work.

Philip Gumuchdjian set up his eponymous firm in 1998, and has since received a number of architectural industry awards, including the Stephen Lawrence Awards in both 2003 and 2010 and the RIBA International award in 2012 and National Awards. Gumuchdjian taught architecture and urban design at the UCL Bartlett school of architecture, chaired the RIBA Awards Group from 2016-2018, launched and was jury member for the first RIBA International Prize in 2016.

The book restates the fundamental potential of architecture to contribute to the betterment of the lives of people on this environmentally depleted, socially inequitable and commercially over-exploited planet. Divided into five chapters that describe his approach to landscape, heritage, the home, and the public realm, Sensing Place concludes by reinforcing the need for architects to continue their advocacy of visionary change.