Behind the Camera: American Women Photographers Who Shaped How We See the World 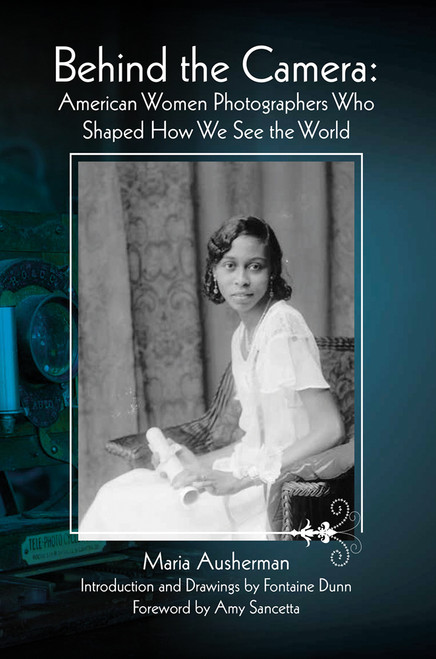 Behind the Camera: American Women Photographers Who Shaped How We See the World

Every day millions of people around the world use cell phones to document their daily lives. They photograph important moments and create visual reminders of holidays, trips, and visits, or record natural phenomena like rainbows, sunsets, eclipses, full moons, and autumn leaves. Then they post these photographs to social media outlets like Facebook, Snapchat, or Instagram. But what if (as was true a hundred years ago), in order to create a photograph, you needed 50-100 pounds of very expensive equipment, including a giant camera and metal or glass plates instead of film? What if you couldn't send those plates out to a lab, but had to develop them yourself with special chemicals in a darkened room? What if the people whose pictures you wanted to capture had to sit for long stretches without moving? And what if travelling around to document historical events or important people was considered 'man's work'? These were the conditions for making high-quality photographs from the time the camera was invented in 1839, well into the 20th century. Each of the women in this series stepped out of the bounds of physical and social expectations to pursue her personal vision through photography. Some were fortunate to have come from wealthy families who fostered their interests. Others had to make their way by supporting themselves, or they found encouragement from other, more established photographers. All were pioneers in extending the scope of making photographs, whether as an art form, a tool for recording, or as a commercial resource. Some were better known for portraiture; others for documenting poverty and hardship, the horrors of war, or the lives of marginal people. Various women found joy in photographing the buildings and bustle of city life, including that of recent immigrants while some explored the vast terrain and Native American culture of the American Southwest. Several dedicated their lives to the historic preservation of buildings and culture of the South. Some devoted themselves to nature through their own personal and spiritual connection with the landscape. Many chose to avoid or leave behind the comforts of married life at a time when marriage provided the primary source of financial security for a woman. All surmounted whatever challenges they encountered in order to pursue their dreams.

We are Artists: Women who made their mark on the world