Frank L. Wright and the Architects of Steinway Hall: A Study of Collaboration 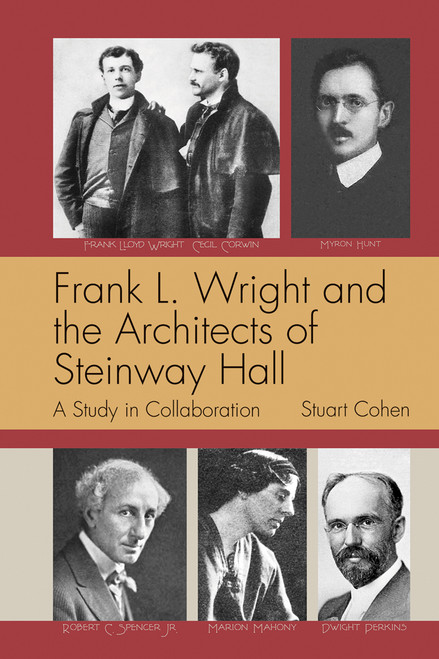 Frank L. Wright and the Architects of Steinway Hall: A Study of Collaboration

In 1897, Frank Lloyd Wright, Robert Spencer, Dwight Perkins, and Myron Hunt, all young architects just starting out in practice, shared office space in Chicago. This book is both a history of that brief period and an attempt to assess the extent to which they collaborated on their architectural designs and on the creation of architectural theory which would impact a half century of architectural design. While there is little firsthand documentation of the time spent in their shared loft office in Steinway Hall, this study engages in a side by side comparison of projects they each designed while working there. Overlapping ideas, design similarities, and an analysis of their subsequent work, all suggest that these men formed a creative "collaborative circle" of friends, who jointly developed ideas later claimed as the work of Frank Lloyd Wright. This is a book about artistic collaboration at a time when discussions of art and architectural history are still largely dominated by the belief that significant works are created by the lone artistic genius. At the turn of the last century Spencer, Perkins, Hunt, and Wright were part of a community of architects who were all active members of the Chicago Architectural. Steinway Hall, an office building designed by Dwight Perkins, became a home to Chicago's architectural community with as many as 50 different architects renting space in that building at the turn of the last century. Based on Real Estate Directories from 1897 through 1910 the book includes a listing of the architects that worked and interacted there. Also included are brief biographies of Spencer, Perkins, and Hunt. Excepting Hunt, none of these men have been the subject of individual publications. While Frank Lloyd Wright's life and work have been extensively chronicled, this book reexamines the period between Wright's arrival in Chicago in 1887 and his move into the loft office in Steinway Hall in 1897.

This is Frank Lloyd Wright