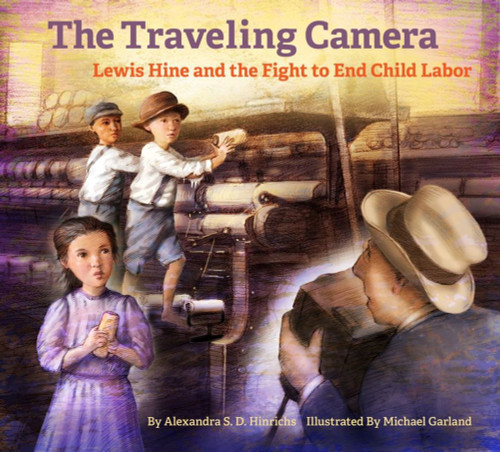 Stunning visuals and poetic text combine to tell the inspiring story of Lewis Hine (1874-1940), a teacher and photographer who employed his art as a tool for social reform. Working for the National Child Labor Committee (NCLC), Hine traveled the United States, taking pictures of children as young as five toiling under dangerous conditions in cotton mills, seafood canneries, farms, and coal mines. He often wore disguises to sneak into factories, impersonating a machinery inspector or traveling salesman. He said, "If I could tell this story in words, I wouldn't need to lug a camera." His poignant pictures attracted national attention and were instrumental in the passage of child labor laws. The Traveling Camera contains extensive back matter including a time line, original photos, and a bibliography.

Kiluanji Kia Henda: Travelling to the Sun through the Night