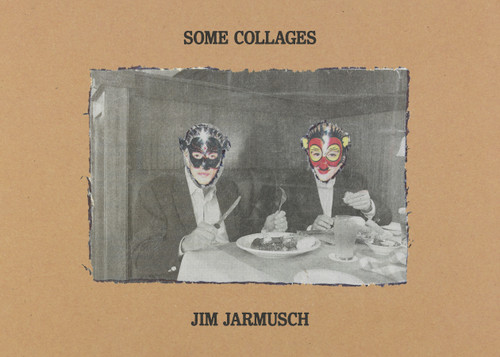 Although Jim Jarmusch is best known for his storied career in independent cinema, over the years he has produced hundreds of pieces of collage art, the majority of which has been rarely seen by the public. Drawing inspiration from the largest medium of cultural documentation—newspapers—Jarmusch delicately crafts each work by layering newsprints on cardstock. These small/scale (notecard/size) pieces are often characterized by their tongue/in/cheek nature: Hillary Clinton and Donald Trump’s faces are affixed to nameless suits, two Andy Warhols are posed in a X/Files/esque tunnel, various musicians perform with ever/so/timely surgical masks. Collected here for the first time, [Untitled] showcases Jarmusch’s profanely assembled vision.

About the Author
Jim Jarmusch is a film director, screenwriter, actor, producer, editor, musician, composer, and artist. A prominent figure in independent cinema, his notable films include Stranger than Paradise (1984), Dead Man (1999), and Broken Flowers (2005). Jarmusch is the recipient of the Josef von Sternberg Award, Filmmaker on the Edge Award, as well as both the Camera d’Or and the Grand Prix from the Cannes Film Festival. This is his first book of collage artwork.