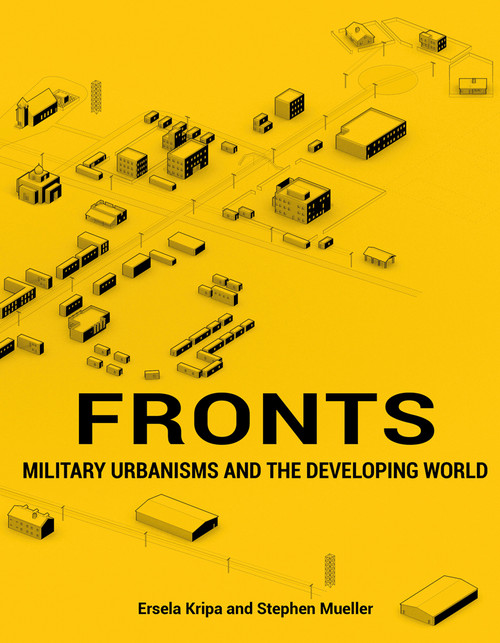 Explores our increasingly polarised view of urban growth, as either an opportunity or a threat, through the lens of architecture. Fronts uncovers a growing geography of co-dependence between the global security complex and the urban morphologies of the developing world which it increasingly incriminates. Military training sites, and the real-world informal environments they replicate, provide a lens through which we can better understand the shape of the city to come. While the world continues to urbanise, military doctrine has recently and dramatically shifted to view the world's cities as suspect sites of potential aggression. As the majority of new urban life will manifest as informal development, the world is now more than ever explicitly divided in two camps: those who view the informal city as an opportunity, and those who view the informal city as a threat. This paradigmatic shift has set the stage for impending conflict between security and development interests, which take the informal city as their site.