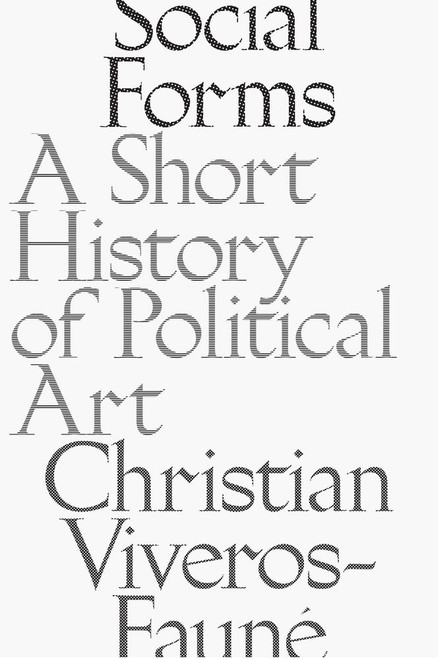 In an increasingly polarized world, with shifting and extreme politics, Social Forms illustrates artists at the forefront of political and social resistance. Highlighting different moments of crisis and how these are reflected and preserved through crucial artworks, it also asks how to make art in the age of Brexit, Trump, and the refugee and climate crises.

In Social Forms: A Short History of Political Art , renowned critic, curator, and writer Christian Viveros-Faun√© has picked fifty representative artworks-from Francisco de Goya's The Disasters of War (1810-1820) to David Hammons's In the Hood (1993)-that give voice to some of modern art's strongest calls to political action. In accessible and witty entries on each piece, Viveros-Faun√© paints a picture of the context in which each work was created, the artist's background, and the historical impact of each contribution. At times artists create projects that subvert existing power structures; at other moments they make artwork so powerful it challenges the very fabric of society. Whether it is Picasso's Guernica and its place at the 1937 Worlds Fair, or Jenny Holzer's Truisms (1977-1979), which still stop us in our tracks, this book tells the story behind some of the most important and unexpected encounters between artworks and the real worlds they engage with.

Never professing to be a definitive history of political art, Social Forms delivers a unique and compelling portrait of how artists during the last 150 years have dealt with changing political systems, the violence of modern warfare, the rise of consumer culture worldwide, the prevalence of inequality and racism, and the challenges of technology.