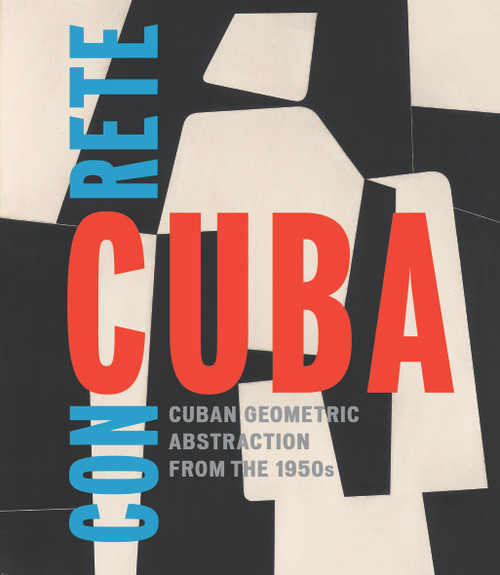 The development of Cuban geometric abstraction and, specifically, the formation of Los Diez Pintores Concretos (Ten Concrete Painters), coincided with the radical political and cultural shifts that raged throughout the country in the 1950s. Cuba experienced rising nationalist sentiments instigated in part by the influx of US tourism and material goods. Against this vibrant backdrop, artists sought a new visual language in which art, specifically abstract art, could function as political and social practice. Concrete Cuba, produced on the occasion of the 2015¬ñ2016 exhibition at David Zwirner, marks one of the first major presentations outside Cuba to focus exclusively on concretism in Cuba during the 1950s, and includes important works from the late 1940s through the early 1960s by the 12 artists who were at different times associated with the short-lived group: Pedro √Ålvarez, Wifredo Arcay, Mario Carre√±o, Salvador Corratg√©, Sand√∫ Dari√©, Luis Mart√≠nez Pedro, Alberto Menocal, Jos√© M. Mijares, Pedro de Ora√°, Jos√© √Ångel Rosabal, Lol√≥ Soldevilla, and Rafael Soriano. The catalogue features an extensively researched chronology, compiled by art historian Susanna Temkin, tracking the development of the period artistically and politically from 1939 through 1968. New scholarship by Cuban art specialist Abigail McEwen offers an interpretative framework for this group of painters, and a deeper understanding of the forces behind the development of concretism¬ís Cuban strain. A limited edition of 100 copies will be published as well, and will come with one of five signed and numbered prints by Pedro de Ora√°. These five unique prints are based on works completed during the height of de Oraa¬ís Concrete period in the 1950s. In contrast to his later works in which forms were modified by expanding and stretching an image taken from an original draft, these works are true to the original drafts created in the 1950s and follow strict principles of Concretism. In keeping with the works from the exhibition Concrete Cuba at David Zwirner in 2015, de Oraa's five limited edition prints remain loyal to the spirit of the decade from which they are inspired.