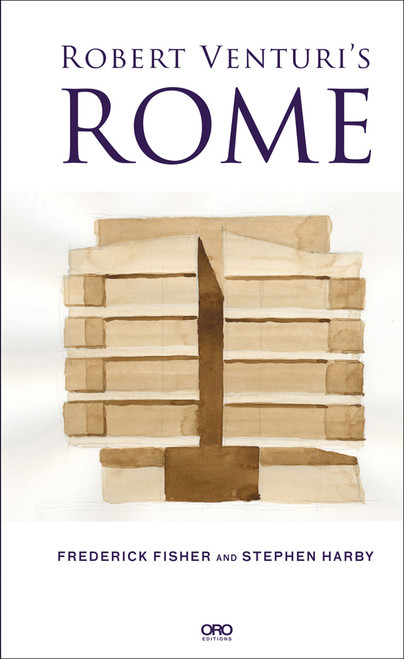 A re-interpretation of Robert Venturi's Rome, by two subsequent Rome Prize fellows, producing a text which is vital for young architects as they focus on the relationship between architecture, art and landscape. Robert Venturi's Rome is a guidebook to the city of Rome, seen through the eyes of Robert Venturi, reinterpreted by two subsequent Rome Prize fellows and architects, Frederick Fisher and Stephen Harby. Published in 1966, Venturi looks at architecture, landscape and art as different manifestations of common themes. For students, the book is fundamental to the development of any young architect's outlook on architecture. Venturi wrote the book following a two year Rome Prize fellowship at the American Academy in Rome, and there is no doubt that the city had a profound influence on his thinking. He used many buildings in Rome as examples to illustrate his theories. From the Pantheon, through works by his favourite artist, Michelangelo, and on to 20th century buildings by Armando Brasini and Luigi Moretti, Venturi reveals Rome as a complex and contradictory city.

Rome Was: Rome from Piranesi to the Present