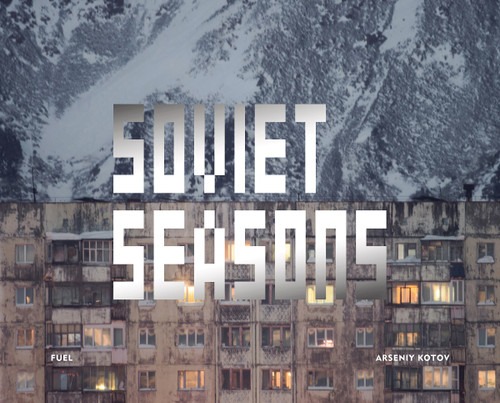 In Soviet Seasons Kotov’s photographs reveal unfamiliar aspects of the post-Soviet terrain. From snow-blanketed Siberia in winter, to the mountains of the Caucasus in summer, these images show how a once powerful, utopian landscape has been affected by the weight of nature itself.

This uniquely broad perspective could only be achieved by a photographer such as Kotov. Singularly dedicated to exploring every corner of his country, Kotov often hitch-hikes across vast distances. On these journeys he chronicles not only the architectural achievements of the Soviet empire, but also its overlooked or simply undocumented constructions.

Arseniy Kotov: ‘In this book I reveal the beauty and diversity of this vast region, showing both cities and nature at different times of the year. I have travelled widely across Russia and its neighbouring countries, where I captured the landscape of post-Soviet cities and witnessed the seasonal changes.’


About the Author
Born in Samara in 1988, Arseniy Kotov grew up in an urban landscape consisting of standardised Soviet-era housing blocks and industrial towers. He has been taking photographs of city landscapes since he was a teenager. At the age of 25 he decided to hitch-hike across Russia and then on to Kazakhstan, Kyrgyzstan, and Ukraine. During 2016-20 Arseniy Kotov visited all of the post-soviet republics, where he photographed more than two hundred cities. Damon Murray and Stephen Sorrell have been publishing critically acclaimed books on Soviet culture since 2004 with their Russian Criminal Tattoo Encyclopaedia. More recent titles include Chernobyl; A Stalkers’ Guide, Spomenik Monument Database and Soviet Bus Stops.