WILDLIFE: A Mindful Colouring Book: Rare and Endangered Animals to Colour and Create 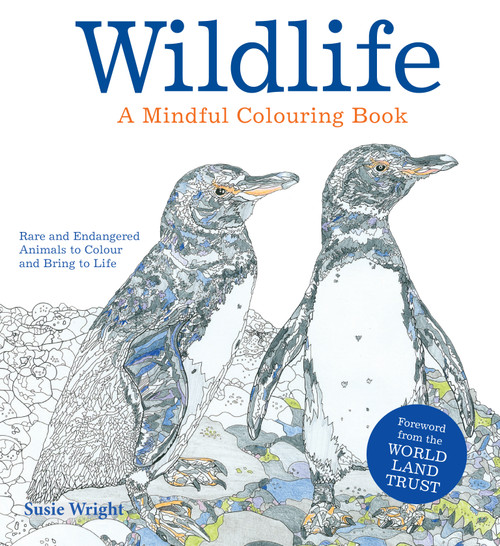 WILDLIFE: A Mindful Colouring Book: Rare and Endangered Animals to Colour and Create

In a world where wildlife is struggling to survive I take heart in the fact that World Land Trust and their in country conservation partners never take their eye off the ball. They are going to save as much of the planet as they can and I am right behind them. - Sir David Attenborough

Pick up your colouring pens and pencils and go wild in this amazing animal kingdom, where you will discover a host of colouring projects inspired by the rare and special creatures that share our world. This beautiful compilation serves to reveal and celebrate the world s most stunning species threatened with extinction, while the intricate drawings are specifically commissioned to elicit creativity, mindfulness, and relaxation. Featured animals come from across the world, including African pangolins, the Giant Ibis from Asia and the Kakapo from Oceania, plus many more. Each illustration is paired with informative text and facts about the animal and its habitat, as well as its conservation status.

The World Land Trust was established in 1989 to fund the purchaseand long-term protection of critically threatened tropical forests and other endangered habitats. With the support of donors and patrons, which include Sir David Attenborough, they have supported overseas conservation partners in protecting over half a million acres, which have been turned into protected nature reserves.