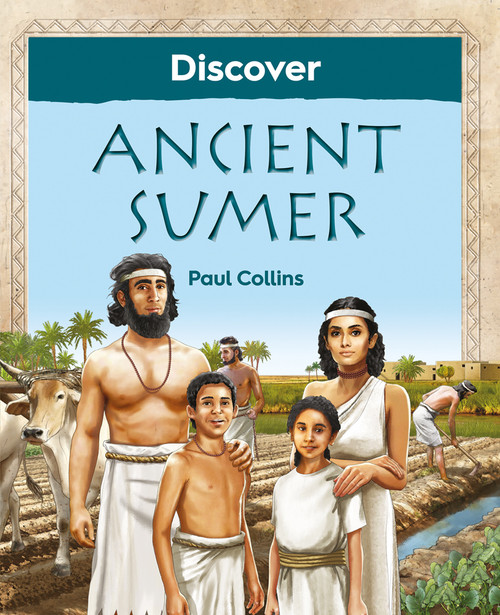 Sumer was a region of the ancient world that today forms the southern part of Iraq. It is a vast, flat land of floodplains formed by the Rivers Tigris and Euphrates. It was here that some of the world's first cities arose and writing was invented. Archaeologists have explored the remains of some of Sumer's ancient settlements. They have made remarkable discoveries at places such as Uruk, Ur, Eridu, Nippur, Kish and Lagash. These show that the people of Sumer were great artists, builders, inventors, warriors and traders. By 3500 BC the population of some Sumerian towns had grown into cities. The largest was certainly Uruk, which had a population of at least 10,000. At this time this would have been the largest settlement on the planet. Writing was invented by the Sumerians around 3200 BC. This script is known as cunieform script and through it readers can learn about the Sumerians in their own words. Readers will discover what is meant by a ziggurat, how cunieform writing works, the importance of cylinder seals and stories of Sumerian kings, heroes and gods. This fascinating book is perfect for Key Stage 2 readers aged 9 and up to gain a picture of one of the earliest civilisations in the world.

Ikigai: Discover Your Reason For Being