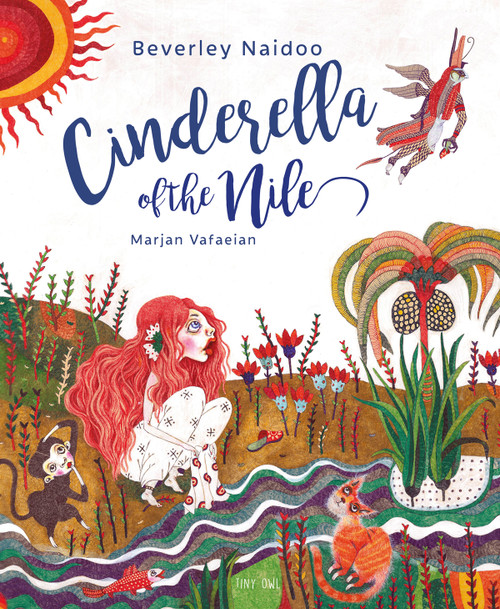 Beautifully retold by the award-winning author Beverley Naidoo, this earliest-known version of Cinderella is brought to life for the modern-day reader. Rhodopis is a Greek girl who is sold into slavery by bandits and taken to Egypt. Along the way she becomes friends with the storyteller Aesop and a host of playful animals. Her master gives her a pair of beautiful rose-red slippers, making three other servants jealous. But when Horus, the falcon, sweeps in to steal her slipper, Rhodopis has little idea that this act will lead her to the King of Egypt.

The first in our ‘One Story, Many Voices’ series, this ancient story of Cinderella finds its echo in fairy tales all over the world.

Beverley Naidoo is the Carnegie award-winning author of many novels for children and young adults. Brought up during the apartheid years in South Africa, much of Beverley’s writing reflects crossing boundaries and she has set her novels in South Africa, Nigeria, Kenya and the UK. Beverley’s first novel, Journey to Jo’burg, was banned in South Africa until 1991 and has never been out of print in the UK since publication in 1985. It now appears in the Collins Modern Classics list at Harper Collins and is frequently used in schools.

Marjan Vafaeian is an award-winning illustrator from Iran. Her illustrations are elaborate, forming a visually rich tapestry, unique in style. As well as winning awards in Iran for her illustrations, she was shortlisted for the Hakka International Picture Book Award in 2017, one of the runner-ups in 2004’s Noma Concours and in 2006 she won Noma Concours Encouragement Prize. Marjan’s first book with Tiny Owl was The Parrot and the Merchant in 2015, followed by Bijan & Manije in 2016.