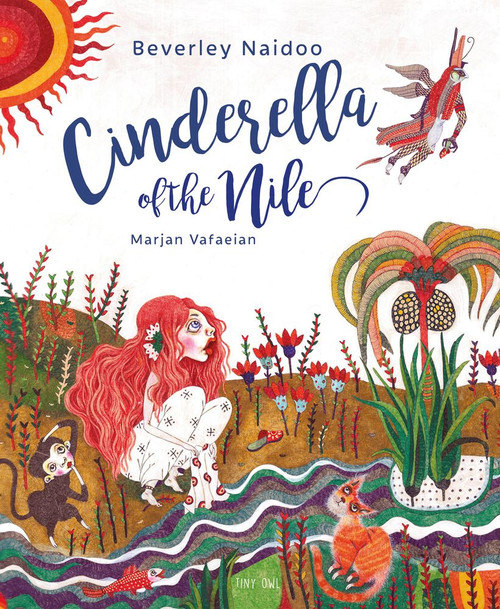 Nominated for the 2019 Kate Greenaway Medal

In this earliest-known version of Cinderella, a rosy-cheeked girl called Rhodopis is abducted by bandits from her home in Greece and enslaved in Egypt. Although she finds friends, she remains unhappy, until one day the gift of a pair of beautiful slippers leads her to the King of Egypt.

Beautifully retold by the award-winning author Beverley Naidoo, this earliest-known version of Cinderella is brought to life for the modern- day reader. Rhodopis is a Greek girl who is sold into slavery by bandits and taken to Egypt. Along the way she becomes friends with the storyteller Aesop and a host of playful animals. Her master gives her a pair of beautiful rose-red slippers, making three other servants jealous. But when Horus, the falcon, sweeps in to steal her slipper, Rhodopis has little idea that this act will lead her to the King of Egypt.

The first in our 'One Story, Many Voices' series, this ancient story of Cinderella finds its echo in fairy tales all over the world.

Franklin and Luna go to the Moon