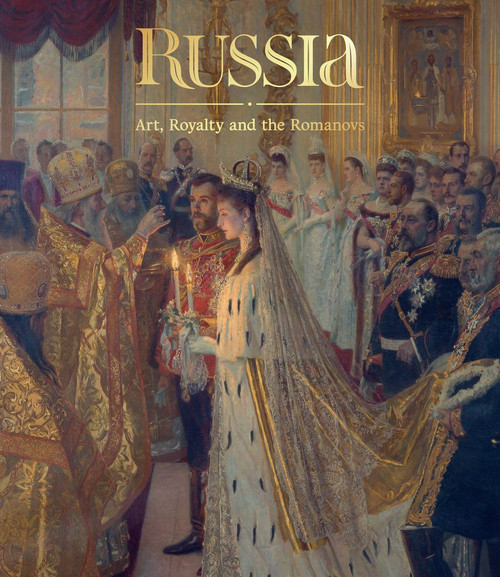 In the first publication to examine the relationship between Britain and Russia through the lens of art in the Royal Collection, Russia: Art, Royalty and the Romanovs interweaves the familial, political, diplomatic and artistic stories of the two countries and their royal families over more than 400 years.

From initial contacts in the mid-sixteenth century, through alliances, marriages and two World Wars, to the current reign, this richly illustrated book gives readers a glimpse into the public and personal dealings of these two fascinating dynasties.

With new research on previously unpublished works, including Imperial porcelain, arms, costume, insignia and photographs, together with paintings by both Russian artists and British artists working in Russia, this will be the first time that the uniquely interlinked narrative of the art connecting the two royal families has been presented in a full-scale publication.

The Jewels of the Romanovs: Family & Court