The Majlis: A Meeting Place 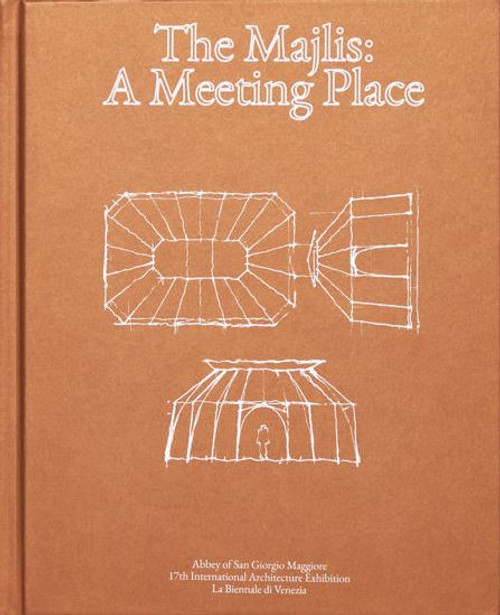 The Majlis: A Meeting Place

The Majis:A Meeting Place chronicles the creation of the Caravane Earth Foundation’s “Majlis” exhibition at the 17th annual Biennale di Venezia through interviews, artefacts, and critical writings on permaculture, architecture, and craft.

The Carvane Earth Foundation presents The Majlis book, a rich and colourful documentation of the creation of the “Majlis” exhibition, a multi-layered nomadic project at the 17th annual Biennale di Venezia. The book tracks the multifaceted nature of the exhibition itself, which comprised an architectural object, an exhibition, and a garden, all three hosted by the Abbazia di San Giorgio Maggiore in Venice, Italy. Additionally, the book tells the broader story of Caravane Earth, chronicling research conducted by the foundation and the key ideas that form its philosophy and agenda. The Majlis highlights the main elements of the project in Venice while giving an introduction to key members of Caravane’s community of experts.

With a narrative structure broken into four sections, Exhibition, Architecture, Craft, and Earth, The Majlis book features interviews with important figures and institutions from these fields, stunning visual documentation of the creation process and featured artefacts, and critical writings on permaculture, architecture, and craft. Featuring discussions with the Smithsonian Foundation, landscape architect Todd Longstaffe-Gowan, The International Network for Traditional Building, Architecture & Urbanism (INTBAU), director and curators of the Sheikh Faisal Museum, and many more, the collection provides a deep look and education into the many causes championed by Caravane Earth.


About the Author
Thierry Morel is an art historian and curator who graduated from the universities of Paris and Oxford in law and history of art. He was a post-doctoral research associate at the University of Cambridge and for Venice in Peril co-authored The Venice Report: Demography, Tourism, Financing and Change of Use of Buildings. Thierry wrote and produced Private View, a documentary series on leading international art collectors for Time Warner. He curated the award-winning Houghton Revisited exhibition at Houghton Hall as well as Francis Bacon and the Art of the Past at the State Hermitage Museum on the occasion of the Museum’s 250th Anniversary and subsequently at the Sainsbury Centre in Norwich. His book on pre-Revolution architecture and art collecting in St Petersburg was just published by Rizzoli (New York). Morel is currently Director and Curator-at-Large to the Hermitage Museum Foundation (USA), as well as Trustee of the Sir John Soane's Museum (London).

Simón Vélez has more than 50 years’ experience working with natural materials and is widely regarded for his innovative use of bamboo. To date, he has designed and built over 200 buildings in Germany, France, USA, Brazil, Mexico, China, Jamaica, Colombia, Panama, Ecuador, and India. He has been awarded The Principal Prince Claus Award (2009) and the Award of Honour in Analysis and Planning by the American Society of Landscape Architects for ‘Crosswaters Ecolodge’ (2006).

Todd Longstaffe-Gowan read Environmental Studies at the University of Manitoba, Landscape Architecture at Harvard University and completed his PhD in Historical Geography at University College, London. Todd has advised on many public and private historic landscapes, including the National Trust and English Heritage, The Tower of London, Hampton Court Palace, and Kensington Palace Gardens. He recently designed a garden for the Morgan Library, New York City, is working with David Kohn Architects on a new campus for New College, Oxford, and in January 2020 he won an international competition with Eric Parry Architects to redesign the British Ambassador’s residence and grounds in Beijing.

Elin Jakobsdottir: In the First Place