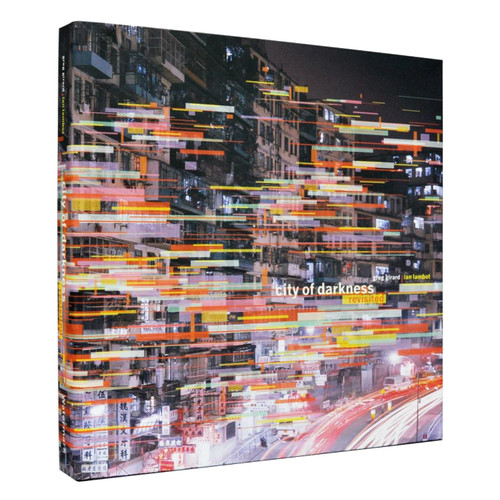 City of Darkness Revisited offers a unique record of life in Kowloon Walled City, a self-governing community of some 35,000 people living in the heart of Hong Kong, yet beyond the control of government authority, legislation or services. In every way it was a world apart, a place of squalor and enterprise surrounded by myths and legends. For nearly 50 years, the extraordinary community of Kowloon Walled City cut a dark presence in the heart of Hong Kong. Yet without legislation and with little regard for basic services, planning regulations or building standards, the City not only survived, it positively thrived. But how could such a place exist in a modern metropolis without administrative oversight - 'triply neglected', to use a Hong Kong term - by the British, Chinese and Hong Kong Governments? Who would choose to live there? And why? Some of these questions were answered in our book City of Darkness: Life in Kowloon Walled City, but for various reasons a number of key elements were left out. City of Darkness Revisited fills in these gaps and brings the story up to date, mixing photographs and interviews found in the original book with a wide range of new material that has come to light over the past 20 years, in the form of new photographs, drawings, maps, documents and essays, many previously unpublished. City of Darkness Revisited explores in greater detail than ever before the Walled City's dramatic growth between 1945 and 1990, while at the same time looking into the darker sides of its past and exposing the truth behind many of the myths that gave the City its abiding sense of mystery. We explain how the City's clearance came about and shine a light on why previous attempts to rid Hong Kong of this notorious enclave always failed, stymied over the matter of its dual jurisdiction. Bringing the story up to date, the book also discusses how perceptions of the City have changed so dramatically in the 20 years since its demolition - shunned by most Hong Kong residents during its lifetime, but now seen as part of the city's rich cultural and architectural heritage. And finally, we explore how the City and the myths that swirl around it have infiltrated architectural debate and popular culture through film, literature, Japanese manga, video games, art and design. City of Darkness Revisited offers a unique insight into the remarkable community that was Kowloon Walled City, home to some 35,000 people at its peak and by far the most densely populated neighbourhood the world has ever known.

Protest!: How people have come together to change the world