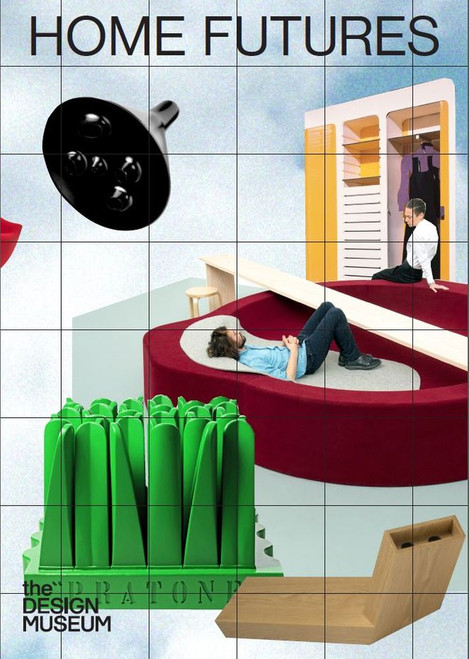 The twentieth century offered up countless visions of domestic life, from the aspirational to the radical. Whether it was the dream of the fully mechanised home or the notion that technology might free us from home altogether, the domestic realm was a site of endless invention and speculation. But what happened to those visions? Are the smart homes of today the future that architects and designers once predicted, or has 'home' proved resistant to radical change?

Home Futures: Living in Yesterday's Tomorrow -accompanying a major Design Museum exhibition of the same title-explores a number of different attitudes toward domestic life, tracing the social and technological developments that have driven change in the home. It proposes that we are already living in yesterday's tomorrow, just not in the way anyone predicted.

This book begins with a lavishly illustrated catalogue portraying the 'home futures' of the twentieth century and beyond, from the work of Ettore Sottsass and Joe Colombo to Google's recent forays into the smart home. The catalogue is followed by a reader consisting of newly commissioned essays by writers such as Dan Hill and Justin McGuirk, which explore the changes in the domestic realm in relation to space, technology, society, economy and psychology.

Living with Flowers: Blooms & Bouquets for the Home

Green Home: The Joy of Living with Plants

Be My Guest: At Home with the Tastemakers

The Best Loved Villages of France

The Most Beautiful Villages of France: The Official Guide (2020 edition)

123 Seriously Smart Things You Need To Know About The Climate

Yayoi Kusama: From Here to Infinity

Your Anxiety Beast and You: A Compassionate Guide to Living in an Increasingly Anxious World