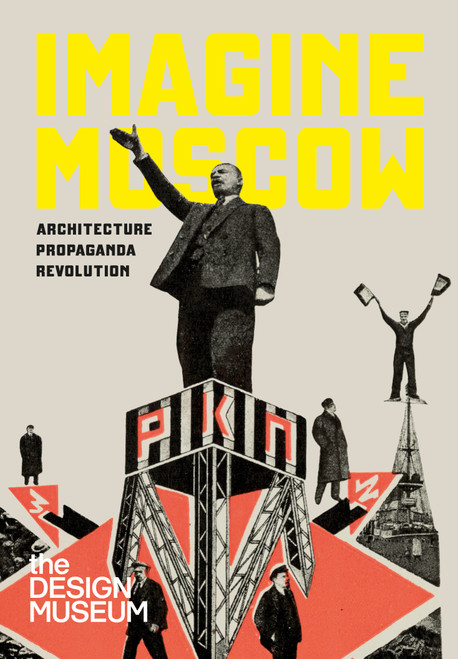 Idealistic visions of the Soviet capital that were never realised.

Published at the centenary of the Russian Revolution, Imagine Moscow: Architecture, Propaganda, Revolution portrays Moscow as it was envisioned by a bold generation of architects in the 1920s and early 1930s. Through evocative imagery and a wealth of rarely seen material, this book provides a window into an idealistic fantasy of the Soviet capital that was never realised and has since been largely forgotten.

Focusing on six unbuilt architectural landmarks, Imagine Moscow explores how these projects reflected changes in everyday life and society following the revolution, during one of the most fascinating periods of the twentieth century. Large-scale architectural plans, models and drawings are placed alongside propaganda posters, textiles and porcelain, contextualising the transformation of a city reborn as the new capital of the USSR and the international centre of socialism.